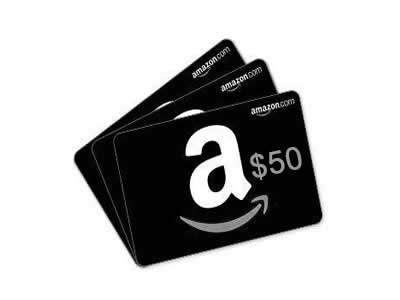 A recent court case from the Department of Homeland Security is targeting 5Dimes, a popular online sportsbook that accepts US players. The point of the case is that they’re claiming the Amazon gift card deposit method is a form of money laundering, and it’s estimated that around $2 million was deposited using these methods, though they’re only seeking access to a little more than $150,000 worth of funds in bank accounts that are used for these cards.

The Legal Issues at Hand

The case boils down to a few key pieces of information. First, online sports betting is the only form of online gambling that is illegal on a federal level inside of the United States. While this may seem arbitrary, it’s certainly not unusual. For example, the only form of online gambling banned on a federal level in Canada is certain types of sports betting. The US ban itself stems from a ruling on a law from the early 1960s (federal wire act) about taking sports bets over the telephone (that was used to target organized crime) that was ruled to apply to the Internet as well.

Second, the UIGEA makes it illegal for banks to process payments to 5Dimes specifically because it’s a sports betting website. The UIGEA would be irrelevant to the legality of processing payments if the type of gambling going on wasn’t illegal, but since it is, the UIGEA kicks in as well. Along these lines, 5Dimes has had to find more inventive approaches to getting deposits in on their site. This is what has led to the money laundering accusations in this case.

Finally, it’s worth noting that using Amazon gift cards for this type of deposit is completely and totally against their own terms of service.

What’s critical to take away from this case is that it’s a complete and total response to the lack of widespread, regulated online gambling in the United States. What you have in this situation is tax payer money being spent, likely millions at a time before this court case is over, to try to stomp out a group of sites (since other properties from Costa Rica were also targeted) when plenty of others are available, largely throwing all of that taxpayer money away in the long run.

Instead, if the United States would regulate the industry, not only would sites not have to resort to shady tactics like taking deposits and paying out withdrawals in Amazon gift cards, but they would actually be able to increase the revenues they were bringing in through taxing the businesses instead of having to spend out millions fighting cases like these. On top of that, it would provide for programs to prevent minors from wagering and to help people who have issues with compulsive gambling.

Where the Case Will Go From Here

From this point, the case will likely proceed, and more accounts will likely be taken control of. The bottom line is that Amazon gift cards were one of the preferred methods for both deposits and withdrawals at 5Dimes, and it’s put them in a situation now where it’s not certain if they’ll be able to continue to do business. A number of other outlets from Costa Rica like Western Union are also being investigated for illegal online gambling payments along these lines, so it’s a pretty in-depth case that covers more than just the gift cards being used for transactions.

For players who are looking for somewhere to bet on sports from the US, there will continue to be plenty of options. The problem with going after a single operation like the Department of Homeland Security has here is that it’s like playing whack-a-mole. As soon as you take out one of the options for players, a dozen more spring up, and you can’t effectively police the industry through this type of enforcement, no matter how many millions of dollars you have in taxpayer money that you can waste.