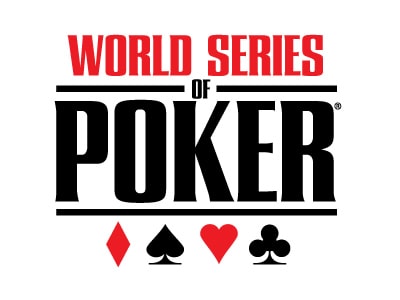 Legal betting online has been a possibility for US-based companies, and citizens, since December of 2011. But since placing wagers on sporting contests through US owned and operated firms is still considered illegal by the Justice Department, not too many professional sports teams have partnered up with legal online poker sites, casinos or sports betting sites. That is why the New York Rangers of the National Hockey League raised more than a few eyebrows last week when they signed a sponsorship deal with the WSOP online gambling site in nearby New Jersey.

The most recent pro sports team to sign a deal with an online gambling website, the Rangers partnered up with WSOP.com. That site is owned and operated by Caesars entertainment, and delivers Internet casino gambling, slots and poker to the residents of New Jersey. The Rangers boast a strong fan presence in the Garden State, and a specific part of the contract lets Caesars and the WSOP site “share in the database marketing opportunities” that the popular New York Rangers brand offers. Contract specifics were revealed by Bloomberg Businessweek.

Obviously, any established customer base as rabid as NHL fans is very attractive to the marketing arm of any company. And for a professional sports team to leverage its long-standing popularity in a region full of diehard fans by signing a mutually beneficial agreement with a legal online gambling operation just one state away is smart for both parties. In this information age where an e-mail can be sent to tens of thousands of list members with automated software, customer lists have become very marketable items in the online gambling world. Just last month Nevada and Delaware reached an agreement to share each other’s online poker player pools, reflecting the long-held opinion in the Internet marketing world that, “The money is in the list.”

Exact financial terms of the deal were not disclosed, but the Rangers Madison Square Garden and New York Knicks National Basketball Association connections could lead to a much larger commercial partnership in the future. What was revealed was the fact that the WSOP website run by Caesars will offer a Rangers “brand presence” at hockey games held in Madison Square Garden. The site will also offer a promotional sweepstakes that delivers four grand prize winners special home visits by retired Rangers hockey players. Those former players will also attend the Rangers final home game with those fans on April 12.

Such an agreement blurs the lines of US online gambling laws. Virtual gambling is currently legal if you are located in the physical boundaries of New Jersey, but not New York. So expect this ground breaking partnership to draw the attention of regional and federal courts. Also, when online gamers head to the CaesarsCasino.com site and enter the bonus code KNICKS, they are immediately entered into a drawing that gives them a chance to win a New York Knicks team jersey. The New Jersey Devils and the Philadelphia 76ers three months ago entered into a similar contract with PartyPoker, owned by Bwin.Party and also operating legal online casinos and poker rooms in New Jersey. As the young but growing legal online gambling industry in the United States continues to invent itself, agreements between professional sports teams and Internet gambling websites will be important in boosting the nationwide acceptance of virtual gaming in the US.