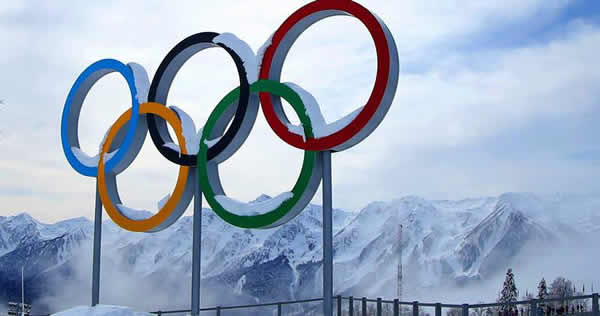 Sports betting encompasses a wide range of different sports, but did you know it expands to international tournaments as well? Not many people are aware that the Winter and Summer Olympics fall within legal online betting parameters. With the 2018 Winter Olympics in PyeongChang, South Korea, starting on February, you are just in time to start placing wagers on your favorite athletes and nations.

There are multiple events happening in this year’s Winter Olympics, including some new fixtures. Bettors will be able to wager on Alpine Skiing, Biathlon (cross-country skiing and rifle shooting), Bobsledding, Cross-Country Skiing, Curling, Figure Skating, Freestyle Skiing, Ice Hockey, Luge, Nordic Combined (cross-country skiing and rifle shooting), Short Track Speedskating, Skeleton Sledding, Ski Jumping, Snowboarding and Speedskating. There are a total of 102 medals up for grabs, which is a Winter Olympics record. 92 countries are participating in this year’s tournament. The action takes place between 13 different venues across the nation.

The USA is expected to perform well in the tournament. Two-time Olympic gold-medal winner Shaun White is back competing in the Snowboarding Halfpipe category. He had a disappointing 2014 outing, but the popular American athlete is the sportsbooks’ favorite to win gold in his category this year. Lindsey Vonn, arguably the best female athlete in her sport of all time, will be competing for another gold medal in Alpine Skiing. At 33 years old, she’ll be one of the oldest competitors, but that doesn’t take away from her talent. She is the favorite to win in the Women’s Downhill and Women’s Super G categories. Other notable US athletes to watch are Mikaela Shiffrin (the youngest slalom champion in Olympic history), Maame Biney, Chloe Kim, Brian Gionta and Ted Ligety.

Something interesting regarding this year’s Olympics is that no NHL players will be competing. The league conducted a poll in the US and Canada to see if viewers supported a break in the season and the majority were opposed to it. The Winter Olympics falls in a period where the NFL season just ended and baseball hasn’t started yet, thus creating an optimal viewership window for the NHL. Not to mention, team’s players run the risk of being injured in the tournament. While Ice Hockey will still be present in the tournament, the excitement around is somewhat lackluster given the fact that some of the best international players will not be participating. In the Men’s Ice Hockey Category, Canada and Sweden are the favorites with the US coming in 5th.

You can bet on individual athletes in each category. If you are looking to wager on medal specials, you should know that Norway is the favorite to win the Medal Table (highest total number of medals won). Germany, USA and Canada make up the next 3 in line projected to win. In terms of most gold medals, Norway is the favorite again with Germany, USA and Canada in tow. The over/under on United States gold medals is 10.5, meaning sportsbooks expect a successful outing for America.

There are lots of different wagers to be made. Look into the individual categories and research specific athletes within each category to see who has the best chances of winning. The Winter Olympics run from February 8th (Opening Ceremony) to the 25th. NBC will be doing a live broadcast throughout the entire tournament for your viewing pleasure. US gambling laws permit sports wagering through licensed offshore sportsbooks, which also provide the best destination to place safe and legal wagers throughout the entire Winter Olympics.