Skip to content
HomeNewsBetting On “The Bachelorette,” An Overview Of Episode 1 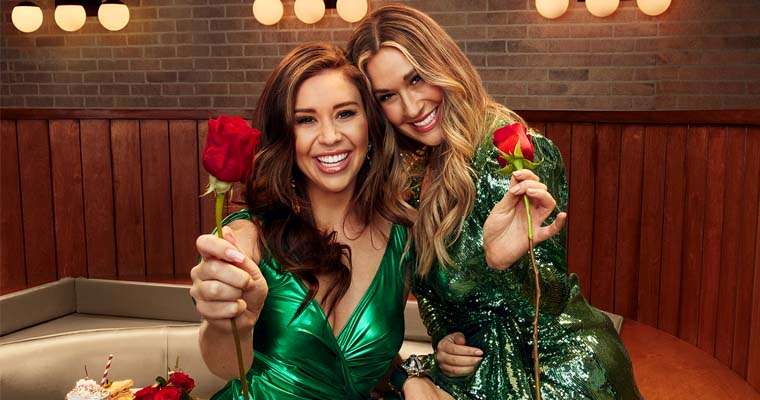 TV odds for The Bachelorette have arrived at America’s top legal entertainment betting sites and the timing couldn’t be better.

The much-beloved made its return to ABC earlier this week—but not without a few major changes. The first of which was the addition of a second Bachelorette.

While it is true that many were delighted by the news of ex-Bachelor contestants Rachel Reccia and Gabby Windey making a return to ABC, some fans were alarmed at the prospect.

If the showrunners choose to pit the women against each other, The Bachelorette could lose its feminist edge. With the direction taken in the first episode, it could very well be in the cards. Fortunately, the producers still have time to prove fans wrong.

On Monday evening, fans finally got the chance to meet the lucky group of suitors. Per fans on Reddit, the pick of the litter isn’t great—three guys were sent home in the first week alone.

The consensus among most entertainment prop betting enthusiasts is that neither Gabby nor Rachel will find their “true love” on the show.

Betting On The Bachelorette

But as a hopeless romantic myself, I’m gunning for a winner to take it all. The lines are as such:

While fans of the Bachelor Nation know that the first impression rose is hardly an indicator of longevity, Gabby seems hooked on personal trainer Mario Vassall. In a post-show podcast, the lead opened up about their interaction.

“He seems like he was really ready for a relationship, which is half the battle in dating, I feel. And, you know, getting to know these guys, it’s sometimes kind of hard to grasp…”

Still, we aren’t too sure that the chemistry was there with Gabby and Mario. The two shared one of television’s most awkward on-screen kisses and the headlines have yet to let it down.

All Eyes On Tino

Will Rachel Recchia Marry The Recipient Of Final Rose in 2022 Or 2023?

Rachel, on the other hand, seems like she really hit it off with Tino Franco. The two share a common passion for the outdoors and, according to Rachel he’s “definitely” her type.

Despite their undeniable spark, the lead made sure to keep it coy during her interview with Us Weekly. She says,

“I was really excited to talk to him and then he really did make a special moment for me inside and asked for the first kiss, which was really sweet. So it was a hard decision, but it definitely was the right one.”

Because Mario and Tino already got so much time with our leads, we’re likely to see less of them next week. But I, for one, will be keeping a keen eye on these two as the season moves forward.

The first episode of The Bachelorette may have already aired, but fans have plenty of time to catch up before things start to ramp up.

Still, we suggest that bettors hop on these lines early. Odds often tend to disappear as a show progresses. For more information on getting started with a legal mobile sportsbook, be sure to head to our ribbon before you leave.