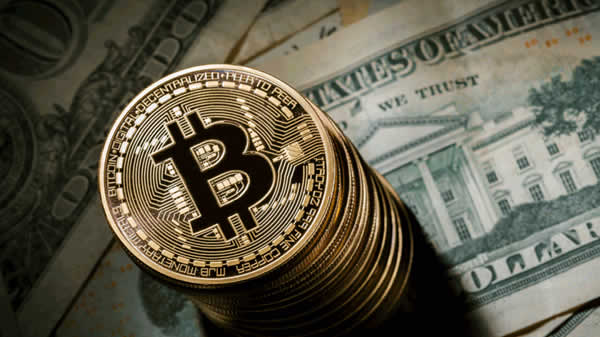 Breaking news early February as the king of cryptocurrencies, Bitcoin, fell from grace as prices for the cryptocoin plummeted amidst international scandals and impending government regulation on cryptomarkets. Bitcoin indicated bullish signs as its price rounded above $8,000 over the second weekend of February but is this a sign that the cryptocoin has turned a corner? That’s hard to determine by just observing the price changes of Bitcoin, instead let us look at the reasons why the cryptocoin is tanking and exactly what issues must be repaired in order for Bitcoin to see further success throughout 2018.

First, the issues of speed and capacity must be addressed as buying and selling cryptocurrencies like Bitcoin take up a lot of hard drive space to store transaction data which in turn slows blockchain processing time and increases transaction processing fees. New technology has emerged which claims it can revolutionize the way transactions data is stored and sent to the blockchain. Lightning Network, a company that says it can speed up processing and change how cryptocurrencies send information to blockchains, tallies up total monthly transactions and sends blockchains one aggregated balance record of the expenses and payments received of said wallet user. This vastly improves the number and gross amount of fees users face rather than paying high prices for each individual transaction which often cuts into profitability. Lightning Networks is positioning itself as a payment channel that offers lower transaction fees and easier order book management, some experts claim that this technology is the “Biggest thing to happen to Bitcoin since Bitcoin was created”.

More Bitcoin supporting technology has developed such as Schnorr Signatures which works similar to Lightning Network. Schnorr Signatures look to replace existing digital signature protocols with ones that mash signature data together to clear up space in blockchain and resolve high transaction fees and backlog capacity issues. Many developers believe Schnorr’s technology can offer an estimated 25 to 30% boost in Bitcoin’s transaction capacity. Other technologies such as FIBRE network and Peer-to-peer Optimizations hope to assist in improving privacy for transactions upon application.

Secondly, Bitcoin’s feasibility and sustainability issues must also be addressed for the cryptocoin to continue its growth. Currently, Bitcoin dominates local markets, such as China and Iceland, as a major energy consumer. To continue this point, every geographic area with Bitcoin mining data centers shows local residential and commercial energy consumption dwarfed by the vast amount of energy is drawn and required by Bitcoin miners. Bitcoin’s sustainability issues have many energy firms and experts worried about limited capacity and power-efficiency of mining as the number of computers and energy needed to mine is only increasing.

Bloomberg markets show up to an 8% increase in Bitcoin price on February 12th, 2018 and other cryptocoin price watchlists showed that other cryptocurrencies were holding strong; this comes as good news since the across the board decline during late January – early February. Ethereum has risen in price by 6.3%, Litecoin up by 6.2%, Bitcoin Cash up by 4.8%, and Ripple leading in price increase by 10% as marked on February 12th. However, the cryptomarket has remained in a sideways trading state as crypto colossal Bitcoin remains largely unchanged since its initial dip from above $16,000 in mid-December. Many consider the drop in price to be the signaling of Bitcoin’s bubble burst as the devaluation in price by 50% signified the volatile nature of the cryptocoin and undermined the fundamental value and usefulness of Bitcoin.

Recently 5,000 websites were hacked and forced to run software which mines cryptocurrencies such as Bitcoin. The malicious software known as CoinHive harvests CPU processors to mine cryptocoins either through infecting a website or disguising itself as free access pop-ups or ad-free content in order gain “consent” to run mining software while tabs and windows are active. Many government websites such as the United States Courts, United Kingdom Data Regulator, and the United Kingdom Student Loans Company were shut down after a security researcher discovered the malware which was ordered to illegally mine cryptocoins. Clearly there remain a multitude of blackhat issues around cryptocoins.

Bitcoin has received a bad name for itself lately as many speculate the coin to only be desired and wanted by bubble chasers, get-rich-quick investors, and malicious hackers. These investment issues and technical limitations provide an environment suitable for a market take over. Experts are therefore betting on Ethereum to be the new cryptocoin poster child as its uses exceed Bitcoin’s in practicality and functionality. Ethereum is a just candidate as it maintains good governance and institution quality, unlike Bitcoin. This is evermore important as governments worldwide are cracking down on cryptocurrencies. Recent news has given light to cryptocurrency exchanges with issues, scandals, and heists, never ending Bitcoin problems, and rises in crimes like money laundering, corruption, and scams which proliferate in cryptocurrency markets. All of these issues have world leaders fearful of Bitcoin and unregulated cryptomarkets. However, many users are buckling down and waiting out the storm hopeful that Bitcoin will rise again. Bitcoin remains a favorable cryptocurrency for legal online Bitcoin gambling, decentralized online transactions, and Bitcoin sportsbooks. Nevertheless, individuals seeking to gamble or use their remaining Bitcoin in online gaming should clearly understand US gambling laws before doing so.