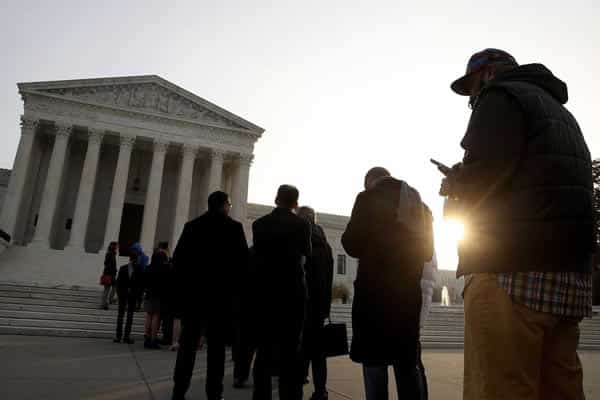 2018 is a big year for gambling legislation, at the forefront of it all stands New Jersey who in 2014 entered a legal battle with the NCAA over the constitutionality of PASPA. At first, many states shrugged the case off, unconvinced of the momentum legalized sports betting would generate. It then took many years for states to finally admit that legal sports wagering was knocking at their door. Ironically, a number of these states, companies, and industries lobbied and argued for years against expanded gambling yet now feel compelled to retract their heels from the ground and move forward with the rest of the nation – The carrot? Tax revenue. Cash strapped states are now singing a different tune as the Supreme Court’s decisions nears, and public opinion leans favorably toward the aspect of legal gambling.

The evitable legalization of sports betting has changed the perspective of conservative and quasi-liberal lawmakers as at least twenty states are speculated to produce some type of legal sports wagering bill within the year. In fact, seven states have already introduced legislation to expand their gaming offers including West Virginia, New York, Michigan, Kentucky, Mississippi, Illinois, and Indiana. Conservative states such as Kentucky and Mississippi, however, are only considering expanding their limited gaming offers to include casinos and lotteries – respectively. This of course, is a more significant transformation for them in terms of gaining a stronger traditional gambling industry rather than building a digital online gaming platform or pioneering a sports wagering bill. However, Mississippi’s bills to offer a state lottery failed in session late January 2018. Nevertheless, players from the state and almost any US state can access legal online lotteries or lottery-like games such as keno on internationally-based internet casinos.

In contrast, states like West Virginia and Michigan have introduced iGaming legislation in hopes to join the lucrative likes of Nevada, Delaware, New Jersey, and Pennsylvania soon. In addition, New York has introduced online poker bills S03898 and A05250 from the previous year 2017 in hopes of generating tax revenue from online poker players and eventually sharing player pools with like-minded states. Four of the earlier mentioned states have come to draw their sports wagering legislation early as Kentucky, Illinois, Indiana, and West Virginia have all introduced bills; Indiana utilized the input provided to them by pro sports leagues such as the NBA and MLB while West Virginia had decidedly ignored league recommendations or better put, self-interests.

Connecticut is also being watched fairly closely after the Foxwoods Resort Casino announced a partnership with PariPlay, which is significant in the sense that PariPlay already offers a world class interactive iGaming platform overseas called eyeON. Many speculate the iGaming offer to come to Foxwoods and eventually become a leader in the US iGaming market. There have also been reports of the possibility that the Foxwoods would offer sports wagering at its facility, perhaps integrated with eyeON. However, in relation to sports wagering, bills that touch on the subject of licensing and regulating sports betting are all contingent on the Supreme Court ruling in favor of New Jersey and overturning PASPA. This means, if the Supreme Court upholds PASPA then states wagering on legalized sports betting will have lost and US players will have to remain using legal offshore online sportsbooks to place their wagers at.