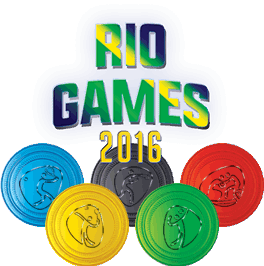 Younger athletes are definitely taking center stage in worldwide sports. We saw this trend emerging in the 2012 Olympic games in London and we see it continuing at the 2016 Summer Olympic games in Rio. Also known as Gneration Z, the millennials are indeed enjoying not only a strong presence among the competing athletes, but are also enjoying success as well. Their age is certainly not a disadvantage as we’ve come to see from competitors such as Claressa Shields who at 17 became the first US boxer to win an Olympic gold medal when competing at the London Olympic Games in 2012.

Gold medalist Katie Ledecky is only 19 and is a 9 time world champion swimmer, the world record holder for the 400m, 800m and 1500m freestyle, and won the gold at the London 2012 Olympic Games. Simone Biles who went from a girl without a home to Rio’s center stage, age 19, is the most decorated American female gymnast in world championship history and will be competing in the Olympic games for the first time in 2016. Not only are these athletes highly competitive, they are winners. This is just a few of the many strong competitors from Generation Z that will be in the spotlight this summer in Rio.

Each of the athletes from this age group that are competing in the 2016 Rio Summer Olympic Games brings with them tremendous success in their respective sport and a drive and energy that the older athletes don’t always muster. The fact that they don’t have decades of experience behind them like their older counterparts seems irrelevant based on their performances and results. You can bet that the odds this year will favor the young whipper-snappers, placing them squarely within the olympic betting lines offered at the top USA online sportsbooks.

Being the most tech-savvy generation to emerge thus far, this group of athletes will also be the most involved in what is expected to be a massive world wide interactive discussion of the Rio Olympic games in real time through the various social media platforms. We can expect these athletes to be on facebook, twitter, instagram and Snap-Chat sharing their experiences and thoughts as they interact with fans from all around the world. Instead of waiting for a televised interview, these athletes can side step traditional media to interact with the world in real time. This can actually be a huge advantage for bettors looking for insight and information regarding an athlete’s expected performance.

Being able to determine an athlete’s frame of mind can prove invaluable for predicting their performance. Finding out early about an injury that doesn’t disqualify them but that can impact their performance can influence your decisions when placing bets on the various Olympic events. Social media can reveal an athlete who is extremely driven and/or pumped up about an upcoming event that may defy the current odds on that event. Social media is like a betting hack that provides a window into a competitor’s mind. All experienced bettors understand that a competitor’s state of mind directly correlates with their performance.

As the Olympic games kick of on August 5th, we recommend that you keep an eye on those young Generation Z competitors who will be making their mark in Rio. Don’t let their age distract you from their raw talent and skill and their potential for bringing home the gold. As these young super stars influence the odds, we expect they will be an integral component for betting on the 2016 Summer Olympics.