Skip to content
HomeNewsIndiana Introduces Sports Betting Bill, Would Offer Lowest Tax Rate in the US 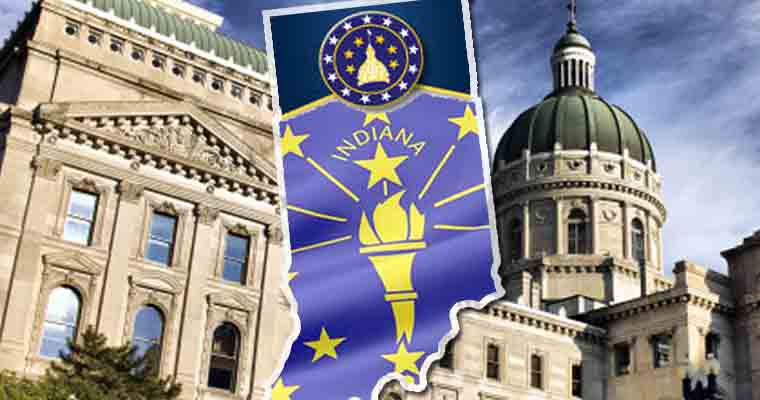 If the 1980’s taught us anything, it’s that you should never bet against the Hoosiers.

And if last year taught us anything, it’s that you should definitely not bet against state lawmakers passing sports betting legislation in order to bring in more tax revenue.

To entice sportsbook operators to get licensed and set up in Indiana, lawmakers have introduced two bills that would legalize sports betting and set a tax rate of 6.25 percent on gross revenue for in-person wagers.

The only significant difference between the two is Ford’s bill requires in-person registration to set up a mobile sports betting account while Morrison’s bill does not.

The bill would authorize sports wagering at riverboats, racinos, and satellite facilities and would “provide for the administration, conduct, and taxation of sports wagering” in addition to imposing “initial and annual fees on a licensed owner, operating agent, or permit holder conducting sports wagering.”

In the current version of the bill, the 6.25 percent tax rate is specifically for brick-and-mortar sportsbooks and there is no mention of a tax rate on online and mobile sports wagering. According to Indiana law, the tax rate must be included in the House version of a bill.

Sportsbook licenses will require an initial $75,000 application fee and then $10,000 annually for administrative fees.

The Indiana Gaming Commission will be the regulatory body for sports betting in the state and direct funds appropriately.

Most of the initial tax revenue will go to the state’s general fund and cover the cost to oversee sports betting. Additionally, Indiana’s Division of Mental Health and Addiction will receive $100,000 annually.

After it was read for the first time in the state legislature, HB 1363 was officially referred to the Committee on Public Policy this week.

The bill is on a tight schedule and Indiana lawmakers will need to act quickly if they want sportsbook operators to be licensed and have sports betting launched by next year.

The legislation would go into effect on July 1, and the application process for acquiring a sportsbook operator’s license would be available in October.

Currently, the target date for sports betting to launch in Indiana is January 1, 2020—in time for Super Bowl LIV next year.