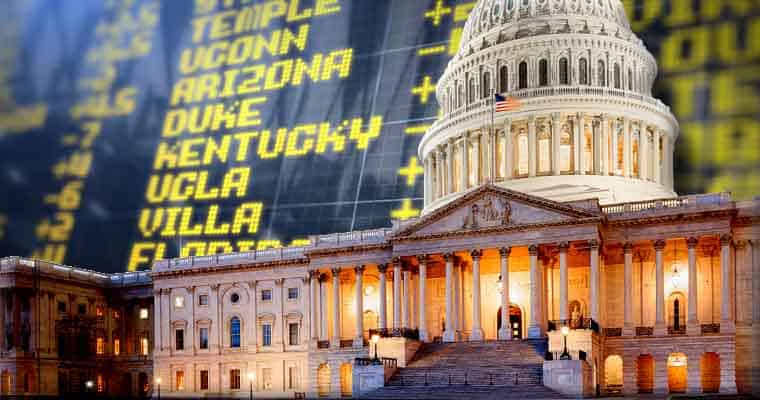 The legalization of sports betting in the nation’s capital is one of the safest bets you can make right now.

The D.C. Council voted 11-2 on Tuesday, Dec. 18, and gave its second and final approval of legalizing sports betting in Washington D.C., allowing residents and visitors to bet money on professional sports teams and contests within the city limits of the nation’s capital.

The bill, Sports Wagering Lottery Amendment Act of 2018, was written and is sponsored by council member Jack Evans. It will now need the signature of Mayor Muriel Bowser, who has voiced her support for the legislation.

After being signed by the mayor, the bill will need to be reviewed and approved by Congress, which is expected to come in January 2019 – once the newly-elected members are sworn in.

Congress isn’t expected to reject the bill and if approved, the sports betting bill would become law and the nation’s capital would be allowed to issue licenses to venues and private businesses to operate sportsbooks.

The U.S. Supreme Court ruled in May 2018 that PASPA was unconstitutional, which was a federal law passed in 1992 and had prohibited states from offering sports betting – excluding Nevada.

Since the ruling, states have begun enacting laws legalizing sports betting. Washington D.C. will join seven other jurisdictions outside of Nevada to allow wagering on sports following the repeal of PASPA.

New Jersey, Delaware, Rhode Island, Mississippi, Pennsylvania, West Virginia, and New Mexico all currently have some form of sports betting available to residents and visitors to their respective state, and many believe that as many as 20 states will present bills to enact similar sports betting legislation in 2019.

Washington D.C. will also be the first jurisdiction to offer sports betting without any casinos located within the operating area.

The D.C. Lottery will provide oversight over sports betting and be the governing body through the nation’s capital, which the Office of the Chief Financial Officer predicts will raise $92 million in tax revenue over the next four years.

The revenue earned from taxes and licensing fees will go to a general fund as well as funds for violence prevention, early-childhood care, and gambling addiction treatment.

For a sports betting license, sports venues, such as stadiums and arenas, must pay $250,000 to cover five years, retailers, like restaurants and bars, must pay $5,000 over two years. In addition, sports betting operators will be taxed at 10 percent on in-person revenue and 20 percent for online revenue.

When it comes to sports betting from smartphone apps, online sports betting will be restricted to the facility offering the service for licenses issue to venues and retailers, and the D.C. Lottery will be the only provider allowed to offer an app for sports betting that’s accessible to everyone within the city limits.

“We’re entering into new territory with sports gaming,” said council member Evans prior to the vote being held.