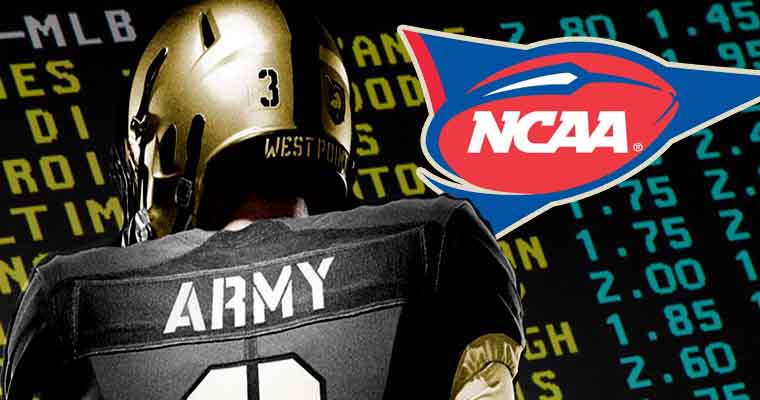 The 2018-19 bowl season is officially underway, and we hope everyone has done well with their college football picks so far.

There are still a ton of games left on the schedule, so we wanted to share with you the biggest outliers on our projection model and give you the teams most likely to cover the spread during their bowl matchup.

The goal here is to find a significant differential in the point spread and compare it to our own projection model. The bigger the differential, the more confident the pick is, so without further ado, let’s jump right in.

All lines are courtesy of Bovada.

There arguably won’t be a bigger differential of styles on display when Houston and Army take the field. Houston’s offense averages 46.4 ppg, but the Army defense only gives up 18.0 ppg, so it will be a classic case of unstoppable force vs. immovable object.

However, Houston’s defense is atrocious, ranking 125th in the country in yards allowed (489.0 ypg) and 107th in points allowed (34.4 ppg), and likely won’t be able to get off the field against Army’s triple-option offense, especially with DT Ed Oliver skipping the bowl. The men from West Point win this one by playing keep away and chew up most of the clock on their way to a convincing victory.

The spread may indicate these teams are close, and on paper, they have relatively even national rankings in both offense and defense. However, our model makes Boise State as one of the most value-based picks against the spread.

This is because the values quarterbacks and recent performance highly, and Boise State QB Brett Rypien has performed exceptionally this year, throwing for 3,705 yards with 30/7 TD/INT ratio. Looking at recent performance, Boston College’s three-game skid includes two blowouts to Clemson and Syracuse at home and a loss to the worst FSU team in 41 years. Boise State was on a seven-game win-streak until losing to a talented Fresno State squad. Take the blue Broncos for this one.

Purdue is the only underdog that pops up on our projection model due to a whopping 9.5-point differential in what Bovada is giving us and what our model says. Both teams had a roller coaster of a year, where one week they would get a quality win and the next week, they would leave you scratching your head.

However, Purdue’s highs are much higher than Auburn’s, winning games against Ohio State and Iowa led by QB David Blough, who threw for 3,521 yards and 25 TDs this season. At times, like against Ohio State, he looks brilliant, but then one week later throws no TDs and 3 INTs against Michigan State in a loss. On the flip side, Auburn QB Jarrett Stidham has never quite got a feel for Gus Malzahn’s offense and looked uncomfortable for most of the season. We’re taking the Boilermakers because of the differential and because of #TylerStrong.

Before looking at the projections, this game stuck out to us as one that could potentially result in a lopsided win, and the model confirmed this when it spat out Washington State as an 11-point favorite over Iowa State. Mike Leach and the Cougars had a fantastic year despite a questionable loss to USC and another disappointing loss to in-state rival Washington.

But this was a team that averaged nearly 40 points per game on offense while giving up only 23.1 ppg on defense. Not only that, but QB Gardner Minshew finished sandwiched in-between Kyler Murray (Heisman winner) and Dwayne Haskins (Runner-up), for the most passing yards in college football with 4,477 yards. Oh, and he passed for 36 TDs and threw only 9 INTs as well. Add in the fact that WSU is 10-2 ATS compared to 6-6 ATS for ISU and makes this pick even easier. Washington State wins handily in this one.