Legal baseball betting is one of the most popular sports gambling markets in the USA, due mainly to the game’s lengthy seasons. Placing a wager on a Major League Baseball contest is most popular, but other pro baseball leagues are covered by legal online sportsbooks. These include the Korean Baseball Organization (KBO) and Nippon Professional Baseball (NPB). You can also bet on NCAA college baseball at most books, but minor league baseball betting is usually not offered.

Regardless of what kind of baseball betting you prefer, you can find it at legal online sportsbooks operating offshore. MLB betting comprises most of the market, but whichever kind of ball you like best, you’ll be able to take your cuts with reputable sports betting operators.

Just make sure you’ve got only the best books in your starting lineup, using our online sportsbook reviews to ensure that whichever service you choose, you’ll be getting fastballs instead of spitballs. As long as you make like pine tar and stick with the books we recommend, you’ll be leading the league in RBI and ROI!

Online baseball betting legality can vary from country to country, but placing a wager on a professional baseball team is primarily a US activity. Currently there are no federal laws which prohibit online gambling for the US individual, and the current laws in place are there to regulate the online gambling transactions handled by Internet sportsbook operators. These laws affect website owners and operators only, and since the vast majority of US states have not commented on Internet gambling one way or another, legal offshore companies provide that service.

Simply put, betting on baseball games online is legal for US citizens as long as the sportsbook they use is located, and legally operated outside of the United States. We list several of the more trustworthy and secure online baseball betting options available to US and international players here on our website, but only after undertaking a thorough and demanding review process.

Bovada Sportsbook is by far the most popular online baseball betting site for USA players. With tons of MLB odds, college baseball odds, World Series odds, Japanese baseball odds, and Korean baseball odds, you'll have thousands of different baseball lines to choose from every single day of the season.

The following sports betting sites featured here offer a robust selection of baseball betting lines, as well as all of the other popular sports events. You'll find great wagering options and some nice welcome bonus offers as well. They have all been evaluated for security, efficiency, and overall performance, as well as verified for legitimate licensing and certification.

How To Find A Legitimate Online Baseball Sportsbook

While betting on baseball online is legal and safe for most US residents, not all books are created equal. That’s why it’s important to know the lay of the land when betting over the Internet.

Consider this your warning track: Only bet with baseball sportsbooks that are legitimate and operating legally in their own home countries, have established themselves in the industry over several years of operation, and have strong reputations for timely payouts and dedicated customer service. 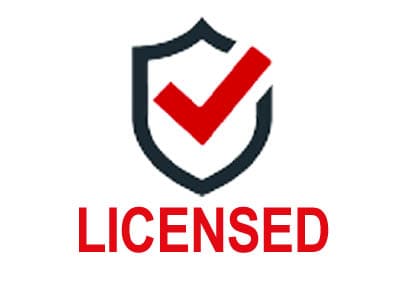 These are the kinds of operators we recommend, and in addition to the above, every online sportsbook listed here offers the following perks for baseball fans and bettors:

MLB betting is the king of the hill when it comes to gambling on America’s Pastime. With 30 teams and a season spanning 162 games, that means bettors have some 2430 contests on which to wager – and that’s before the MLB Playoffs and World Series! With live betting added to the mix, each game has literally hundreds of different betting lines to choose from.

On average, avid baseball fans can expect a season slate of up to half a million different wagering opportunities when betting on MLB action with the best online sportsbooks. Bettors and Sabermetricians agree: The MLB is truly a numbers game!

NCAA baseball is popular in the US, but it doesn’t generate the same kind of betting interest that college football and basketball games do. Nevertheless, the best sports betting sites do offer select regular-season contests, particularly for the biggest conference rivalries.

Naturally, all books go big on their odds for the College World Series, which is when college baseball betting really gets into the swing of things.

International professional baseball leagues have been growing in popularity in the US, and that means that legal betting sites have started to include odds on their games as a matter of course.

The two biggest leagues outside of the MLB for baseball worldwide are the KBO and the NPB.

The Korean Baseball Organization, or KBO League, is by far the most popular sports league in South Korea.

The league was founded in 1982 and is comprised of 10 teams playing a 144-game season. Each team plays each other team 16 times, giving the KBO tremendous parity and offering bettors a very useful slate of data.

The KBO championship is called the Korean Series, and many of the league’s top players go on to play in the MLB.

Outside of the MLB, Nippon Professional Baseball (NPB), colloquially referred to as simply “Japanese baseball,” is the most well-known international variant of the game. Many former MLB stars continue their careers in Japan, and the nation has given the Majors some of its brightest stars, like the legendary Ichiro Suzuki, 2009 World Series MVP Hideki Matsui, and current superstar two-way player Shohei Ohtani.

In 2021, Ohtani became the first player in MLB history to be selected to the All-Star Game as both a pitcher and a hitter (DH). After the season, he was also the 19th unanimous MLB MVP (and ninth unanimous AL MVP). But even at just 27 years old as of the 2022 MLB season, Ohtani still has a long way to go to knock Ichiro off as the most dominant NPB-turned-MLB player of all time.

The NPB features 12 teams each playing a 146-game season, culminating in the Japan Series (aka Nippon Series).

When it comes to the most common baseball betting lines, you can expect your sportsbook to offer the following:

Legal MLB Playoff Betting Guide - Our guide to betting on the MLB post-season offers key insights on how to get the most bang for your buck. This guide covers bonus offers and deposit options while giving our opinion on the best legal online sports betting sites offered to US and international bettors.

Legal World Series Betting Guide - This section will give you a preview of the current World Series matchups and provide a list of the top-rated sportsbooks to bet on World Series and divisional games.

Legal MLB All-Star Game Betting Guide - Learn more about the multiple ways to bet on the MLB All-Star game. Our guide details the different types of bets allowed on the game as well as betting strategies and our favorite sports betting sites.

If you are a baseball fan, you may like to keep up with the latest news and information on both college baseball and professional baseball teams and players. For your convenience we've listed both the NCAA and MLB official websites for easy access to great resources and tools for calculating your betting strategy.

Legal Football Betting Sites For US Players: For non-stop football action that includes a wide range of betting lines, creative wagering options, and live, in play betting, you'll want to check out this guide to learn how to select a secure and trusted option for betting on football.

Legal Basketball Betting Sites For US Players: Basketball fans who want to stay informed before, during and after basketball season will enjoy this guide to finding and following the industry's best odds, betting lines, and wagering options at the safest and most reputable sportsbook brands.

Legal Horse Betting Sites For US Players: Horse betting is gaining momentum with its growing online presence, providing accessing to horse races and wagering options that players normally wouldn't be able to participate in due to their limited accessibility to land based race tracks. This guide features the most legitimate and secure racebooks for legal online horse betting.

Legal Soccer Betting - Most Americans would agree that soccer isn't quite as popular as other sports such as NBA and NFL. Some might be surprised that it's actually the most-watched sport in the world. This guide is a glimpse into the world of soccer betting offering all a player would need to know.

Legal NASCAR Betting - Bettors who are interested in accessing legal NASCAR betting lines and options at the most reliable and trusted sportsbooks will find this guide useful. NASCAR is the second most-watched televised sport, second only to NFL football.

Legal Tennis Betting - Tennis fans will appreciate this insightful guide that takes a look at the current legal status of USA-friendly tennis betting opportunities, as well as how to locate those online sportsbooks that are legal and compliance certified to operate legitimately within the industry.

Legal Golf Betting - We have a great resource for Golf fans that list golf-specific bonuses, our recommendations on which sportsbooks offer the best golf betting options, tournament coverage and more.

Legal Olympics Betting - Check out our guide to betting on the 2020 Tokyo Olympics and which sportsbooks offer lines and betting odds for summer Olympic events.