Rugby is an international sport that is loved by sports fans and bettors alike. Since it’s early days in Rugby, England (yes, a real town name), rugby has skyrocketed to fame and now is commonly mentioned alongside other world-famous pastimes like soccer and cricket. It's not a surprise that interest in legal rugby betting has also grown. 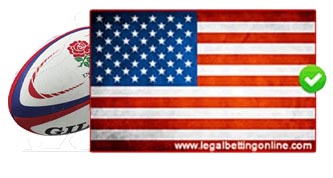 To any of you who are totally green to rugby, or just a die-hard Yankee, rugby somewhat resembles the lovechild of soccer and American football in its nature.  The widespread acclaim of the sport provides tons of opportunities for US consumers to legally bet on rugby online, and we will show you the way.

Yes, it is! There are two ways to wager on rugby in the United States: domestic sportsbooks or international sportsbooks.

Depending on where you live, state-regulated domestic sportsbooks may be available for betting on rugby.

For those who don’t live within proximity of a state-regulated sportsbook, or who just want a broader range of rugby betting options, an online sportsbook operating legally outside of the United States is a great alternative. There are no US federal gambling laws preventing USA bettors from betting on rugby at legitimate sports betting sites based overseas.

Bovada Sportsbook might be a US-only betting site, but it has more rugby odds than most international books. From rugby league odds and rugby union odds to rugby futures, rugby props, and more, Bovada lays out the red carpet for the most die-hard ruggers in the online betting world.

Will I Get In Trouble For Betting On Rugby?

You won’t get in trouble for placing bets on rugby, if you wager through a sportsbook that is operating legally within the industry. Individual states have different restrictions on gambling, and make sure to check out your state’s specific gambling laws.

There are also federal US laws that affect online gambling in the US. Most notably, the Federal Wire Act, The Professional and Amateur Sports Protection Act (PASPA), and the Unlawful Internet Gambling Enforcement Act (UIGEA). Luckily, these laws target operators with no history of penalizing individuals for placing bets online.

The safest option, and our recommended option, is to use one of out top-rated international sportsbooks. We conducted a separate review of reputable sportsbooks to make your betting legitimate and safe.

No one wants to stress, and with our guide you can wager sans worry!

More than ever there is a demand for betting wherever and whenever you want. Luckily, all our recommended international sportsbooks provide online mobile betting, all you need is internet connection.

There is no download required and you can wager using any reliable browser such as Chrome and Safari. The mobile betting sites are US-friendly and compatible for any smartphone and operating system such as Android, IOS and Windows.

With all the same features available on desktop, these mobile betting options are incredibly user-friendly and efficient ways to place bets from your pocket.

How To Legally Bet On Rugby

Once you’ve selected an international online sportsbook, it’s time to get started.

The first crucial step on how to legally bet on rugby is to create an account with a sportsbook.

One important note is making sure you know what promotions the sportsbook offers, including how to claim them.

Sportsbooks offer a variety of rugby bet types which we explain below.

While this information doesn’t include every single type of wagering option available for betting on rugby, it does cover the most common rugby bet types. 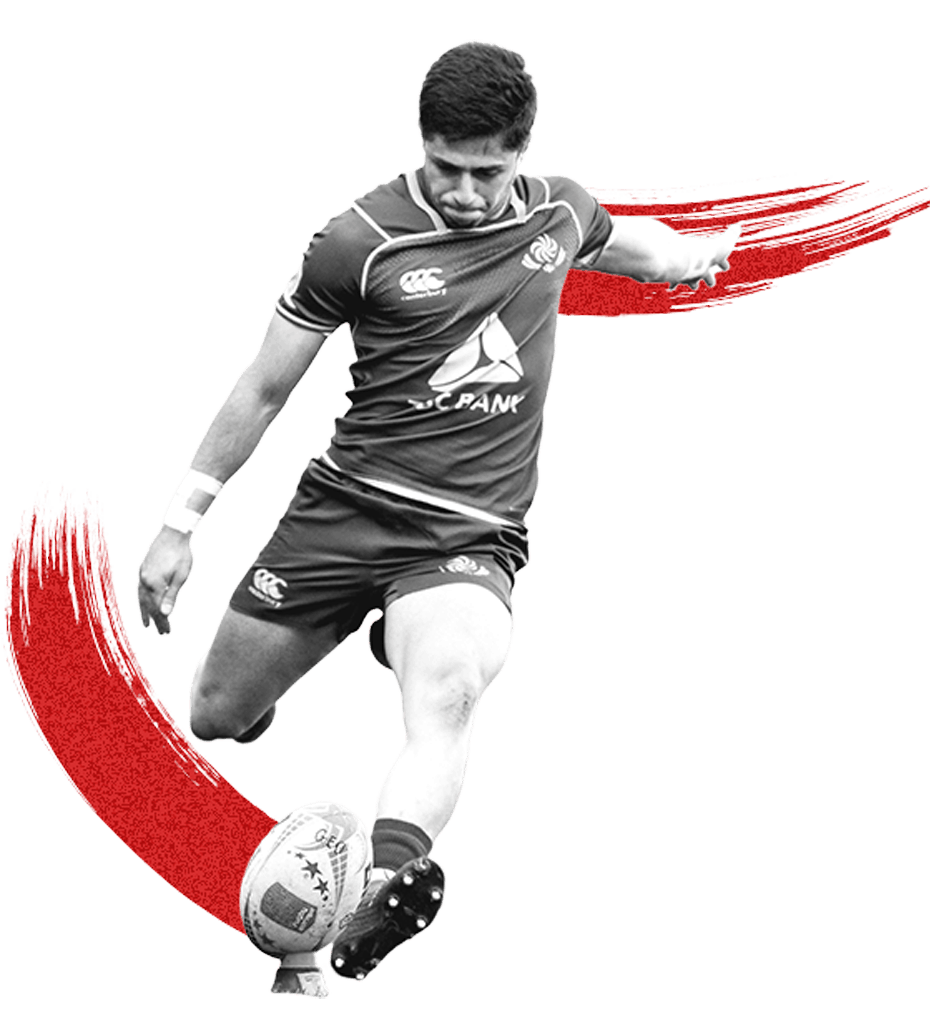 Popular Rugby Tournaments To Bet On

The following are the most popular rugby tournaments that draw the most attention from oddsmakers and bettors. 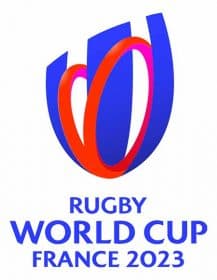 The Rugby World Cup is the most popular rugby event around the world. The championship takes place every four years in the summer months, with France set up to host the next upcoming game in 2023. The Rugby World Cup consists of teams from the Rugby Football Union (RFU). 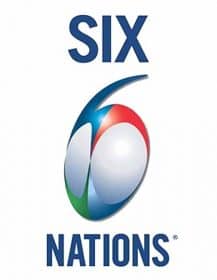 This popular RFU rugby tournament is a competition held between the teams of England, France, Italy, Ireland, Scotland, and Wales every year. The current 2019 champion is Wales. The Six Nations Championship usually runs from February through March.

Most Popular Rugby Leagues To Bet On

The sport of Rugby has two primary leagues that both provide opportunities for bettors to wager year-round on their favorite teams. 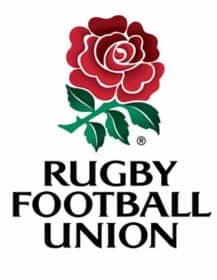 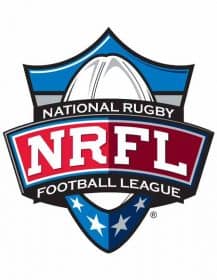 The RFL split off from the RFU in the late 1800’s. Many RFL teams originate out of northern England, although it is also an international organization. RFL games differ from RFU in number of players per team and tackling rules.

Since not everyone is familiar with the details of rugby – we comprised an overview of the game and its rules:

Rugby is a sport much like a combination of American football and soccer. Rugby is played with either 15 players (RFU) or 13 players (RFL) per team.

Rugby uses an oval shaped ball that can be passed between players laterally or backwards. The ball can also be kicked forward, as long as it leaves the player’s hand and touches the ground first – this is known as a drop kick.

The basic object of rugby is to move the ball forward across the opposing team’s goal line and score a goal – known in rugby as a try.

Rugby is a contact sport and players from one team attempt to tackle the ball carrier on the opposing team in order to gain possession of the ball.

Is It safe to bet on rugby online?

It is safe as long as you place your Rugby bets through either a state-regulated sports betting destination or through a legitimate online sportsbook such as the ones featured on this page.

Can I legally bet on rugby in the US?

You can legally bet on rugby as a US resident through either a local, state-licensed sportsbook or at one of our recommended online sportsbooks, all of which are operating legally within the industry.

I live in a state that has not legalized sports betting, will I get into trouble for betting on rugby online?

If you bet through an online sportsbook that is operating legally, then no, you won’t get into trouble for placing bets on rugby online. The only exception is for residents of Washington, as WA has restrictions in place relevant to online betting (although WA has no history of penalizing online bettors or enforcing their restrictions).

Where is Rugby from?

The sport originated in the English middle-class, most notably at the Rugby School in Rugby, England.

How long has Rugby been a sport?

Rugby has its origins in the middle ages, yet officially, the game we know today has been played since the late 1800s.

How do I finance my sportsbook?

There are multiple banking options available to bettors through any of the sportsbooks we recommend. Common methods of deposit include credit card and debit card, Zelle, PayPal, and various cryptocurrencies such as Bitcoin, Bitcoin Cash, Ethereum, Litecoin, Ripple, Stellar, and others.

Bitcoin and Bitcoin Cash (along with other cryptos) are great options for funding your sportsbook account, and in fact is the easiest and most efficient way to deposit and withdraw money.

We would be remiss not to mention that there are quite a few other altcoins that are accepted at various sportsbooks, and we cover these in the next FAQ.  There are also some funding tools that streamline the usage of cryptocurrencies, such as Zelle-to-BTC.

What other cryptocurrencies can I use to fund my online sportsbook account?

Most of our recommended sportsbooks offer support for a variety of crypto altcoins, including Ethereum, Stellar, Litecoin, Ripple, USD Coin, Chainlink, Dogecoin, and more.

How do I withdraw my winnings?

You can withdraw money though Wire Transfer, Check by Courier, Cryptocurrency, or Voucher. We recommend using crypto for deposit and withdrawals for the fastest and easiest betting and same day payouts.

What types of rugby bonuses and promotions are available to me?

We are unaware of any rugby-specific bonuses, but our recommended sportsbooks all offer a generous sign-up welcome bonus, reload bonuses, referral bonuses, and various other seasonal promotions.

These sportsbook bonuses come by way of a deposit match bonus in most cases, matching a specific percentage of your initial deposit up to a maximum amount.

What is a rugby promotion?

Often, a sportsbook will match your deposit up to a certain amount. A common bonus is a 50-100% match on your deposit. For example, you deposit $250 and the sportsbook matches that giving you a total of $500 in your bank. Be sure to check out your sportsbook’s terms and conditions for rollover contingencies.

What types of bonuses do sportsbooks offer?

Common bonus types include sign-up bonuses, reload bonuses for returning bettors, and referral bonuses for bettors who refer friends to sign-up at the same sportsbook.

Is live betting available for rugby?

Live betting is often available for rugby games and allows you to wager in real-time as the game unfolds.  Live betting has gained momentum with its enhanced action during games and has driven sportsbooks to offer live betting options on more and more events.