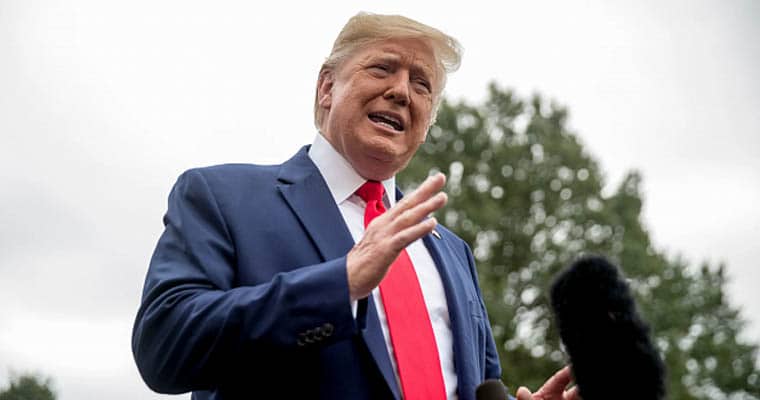 Few things are as unpredictable as a presidential election in the United States. Candidates rise and fall in the polls and some shock the world.

What could be more volatile, however, is the impeachment process of the country’s sitting president.

The past two weeks have been a whirlwind for the Trump administration, House Democrats, and American citizens.

After a White House whistleblower filed a complaint on August 12 alleging that Trump threatened to withhold aid from Ukraine during a July phone call with President Volodymyr Zelensky unless the country investigated Joe and Hunter Biden, eyebrows were immediately raised.

Up until yesterday, Trump’s odds of impeachment were in his favor. At -500 odds, the chances that Trump would not be impeached equaled 83.33%.

Today, the odds tell a much different story.

According to Bovada, Trump now has a 60% chance of getting impeached. With -150 odds, there was a huge shift in Trump’s numbers.

Will Trump be impeached in his first term?

Despite openly admitting that he asked Ukraine to investigate the Bidens, Trump’s impeachment odds didn’t really see any changes until he asked China to do the same thing.

While speaking to White House reporters yesterday, Trump suggested that China should also investigate the Biden family and their dealings.

“China should start an investigation into the Bidens because what happened in China is just about as bad as what happened with Ukraine. I haven’t [asked Chinese President Xi Jinping] but clearly it’s something we should start thinking about.”

With the current trade war between the United States and China, Trump’s suggestion comes at an interesting time during American politics.

Nevertheless, Trump defended his position, claiming that he has an obligation to “end corruption, even if that means requesting the help of a foreign country.”

Even with the increased chances of impeachment, Trump is still the favorite to win the presidential election in 2020. With +120 odds, Trump has a 45.45% chance of getting reelected next year.

These top the odds of Elizabeth Warren (+275) and Joe Biden (+650), the next two closest candidates in chances after Trump.