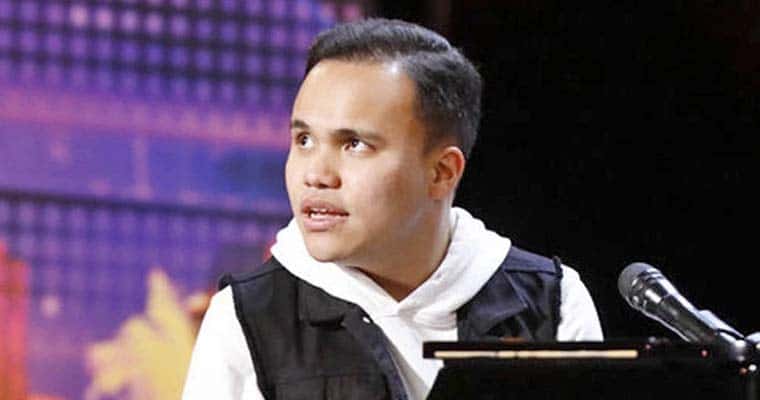 First, he captured our hearts.

Singer Kodi Lee, a gifted 22-year old blind and autistic musical prodigious savant, has opened as the favorite to win AGT Season 14, according to the latest Entertainment betting odds posted at BetOnline.

And this isn’t the first time Lee has been given odds to win AGT.

For his first audition back in May, Lee performed a piano rendition of Leon Russell’s “A Song for You” during the Season 14 Premiere that brought his mom, judge Julianne Hough and everyone in America to tears.

If you haven’t seen it yet, then grab three boxes of Kleenex and prepare yourself for the feel-trip.

Lee’s performance earned him Gabrielle Union’s Golden Buzzer, the first of the season, which sent him directly to the live shows, bypassing the Judge Cuts round entirely.

And immediately following the show, Lee was given +500 odds of winning it all, but at the time, still faced a somewhat longshot chance of taking home the title with “No” being favored at -1000 odds.

Since then, Lee has continued to wow the country with renditions of Simon & Garfunkel’s “Bridge over Troubled Water” in the Quarterfinals and Calum Scott’s “You Are the Reason” during last week’s Semifinals.

Lee is one of the Top 10 finalists who will take the stage during the Finals on Tuesday, Sept. 17, and the AGT Season 14 winner will be revealed during the Season Finale on Wednesday, Sept. 18. Both shows will begin at 8 p.m. ET and air on NBC.

If Lee manages to have yet another jaw-dropping performance and comes out on top for Season 14, the talented musician will join the group of past AGT winners listed below.

Past AGT Winners (by season)