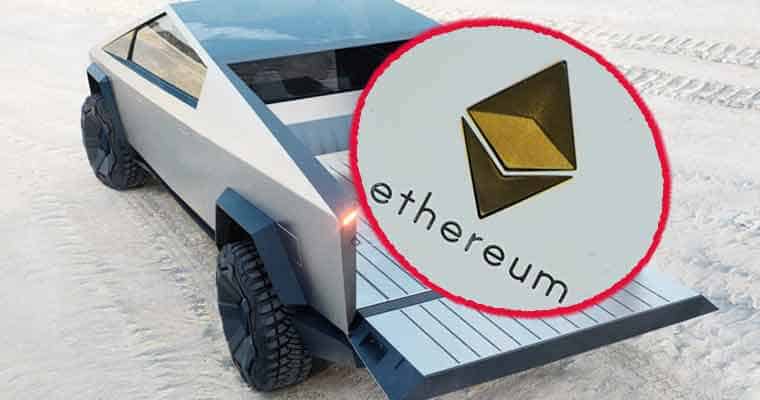 Elon Musk’s removal of support for the popular cryptocurrency Bitcoin (BTC) has online sportsbooks predicting which altcoin Tesla will accept next.

The rationale for Tesla to discontinue their acceptance of Bitcoin is based on the massive power consumption that mining BTC causes around the globe.

Musk is an environmentalist but is also an influencer in the realm of cryptocurrency and its market movements.

That’s why online sportsbook sites and altcoin investors alike are anticipating which cryptocurrency Elon Musk will allow for purchasing a new Tesla, and the early odds suggest it will be Ethereum.

Next Crypto Accepted As Payment By Tesla

EhtereumMax, an offshoot of Ethereum, has been making the “rounds” as of late. Retired boxer Floyd “Money” Mayweather wore a t-shirt with EthereumMax printed on it while he walked to the ring for his pay-per-view exhibition bout on Sunday night vs. YouTube star Logan Paul.

The Mayweather vs. Logan Paul odds didn’t receive action because the fight ended after 8 rounds without a knockout or stoppage, much to the dismay of enthusiasts for betting on boxing.

Is Mayweather’s Ethereum shirt the catalyst for its top spot in the betting odds? Not likely, but ETH does seem to possess a potent combination of being environmentally friendly as well as popular in international markets.

Coming in second place is Dogecoin which has been fluctuating in the marketplace each time Elon Musk mentions it on social media and in the press.

Musk has also made public comments approving of a partnership between Dogecoin and Ethereum, indicating that ETH founder Vitalik Buterin is on the right track.

Whether or not the Ethereum and DOGE alliance is hot air is moot, as just the mere mention by Elon Musk is sure to escalate the value of each cryptocurrency.

Further entertainment betting odds have been posted that ask sports gamblers to lay some action on whether Tesla will re-open the doors for a cryptocurrency prior to the first Cyber Truck rolling off the assembly plant line.

What Will Happen First?

The first Tesla Cyber Trucks are expected to be released in the fourth quarter of 2021, which places Musk and co. on the clock for selecting their preferred cryptocurrency within the next 90 days.

The moneyline odds posted for each outcome suggests an equal probability for both occurrences, indicating that the betting line is there merely to attract attention based on Musk’s name recognition value.

Either way, there is money to be made by betting on the event that will occur first, and our staff has a hunch that Musk and Tesla will declare their preferred cryptocurrency prior to October of this year.

Long-term investors in Dogecoin are thrilled with their current gains, and we advise parlaying that wisdom into avoiding the moneyline odds posted for DOGE above, despite the attention that Musk routinely pays it.