Skip to content
HomeNewsThe Boys Are Back In Town: Betting On Amazon’s The Boys Season 2 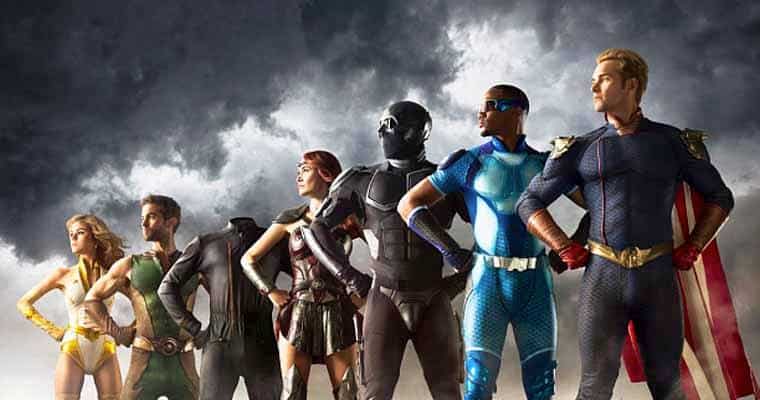 First debuting in July of 2019, The Boys is an Amazon original television show that is based on a popular comic book of the same name. Fans are highly anticipating the release of season 2 on July 26th, and popular sportsbooks have created a bevy of options for legal betting online regarding occurrences and results from the show.

There was initially concern about potential postponement, or even worse, cancellation, but the Buzz Paper confirmed on Sunday that The Boys season 2 would arrive this summer on Amazon platforms.  The show’s return has offered up some intriguing entertainment betting options during the Coronavirus lockdown, but one can’t help but wonder, will we still be stuck at home come late July?

The story involves a group of individuals with superpowers that are employed by a massive corporation. The group is considered heroes by the general population, but each member of the collective has their own agenda and falls somewhere scattered along the scale of good and evil.

The Boys are a secondary group of heroes that serve as a team of vigilantes to keep the corrupt superheroes in check. The A-Team group is called the Seven, and are constantly up to no good despite outer appearances.

The Boys odds provided by MyBookie.

Billy Butcher To Die In Season 2

The leader of the B-Team of superheroes known as The Boys is Billy Butcher played by Karl Urban. His archenemy is Homelander, a member of the Seven and the person who Butcher thinks has something to do with his missing wife.

Modern fictional television is struggling to keep viewers’ attention and often relies on shocking storyline developments to maintain top status for water cooler conversations. Perhaps it is the effect of a post-Game of Thrones world, where anyone can die regardless of Hollywood standing or the importance of the character to the show.

Odds have been placed on Butcher to meet his fate at some point in season 2. Converting these American odds to intrinsic odds reveals that there is a 9% chance that Butcher dies during season 2’s running time. That’s a very low possibility of occurring, but a wager of $100 will earn a payout of $1,000 if it happens.

Homelander To Die In Season 2

As mentioned earlier, Homelander is the main foil of the show and the leader of the bad hero group, the Seven. Audiences love to hate a good villain, but research must indicate that viewers enjoy seeing the bad guy receive his comeuppance, as new baddies are typically introduced each season in episodic television. The Boys appear positioned to buck the trend and keep Homelander alive because when converting these odds, we see that he has a 95% chance of retaining a pulse and surviving to reappear in season 3.

Hughie And Starlight Get Engaged In Season 2?

Will Hughie And Starlight Get Married In Season 2?

Will Starlight Get Pregnant In Season 2?

Will Starlight Be Expelled From The Seven In Season 2?

The potential for a budding romance between Starlight and Hughie is poised to be a major story angle in season two, and the odds suggest that the relationship will not advance to the level of a marriage proposal. There is good potential for the romantic twist to force Starlight’s expulsion from the Seven, but the line is hovering pretty close to even.

Will Lamplighter Feature In Season 2?

Will Tek-Knight Feature In Season 2?

Will The Legend Feature In Season 2?

Something to keep in mind when venturing into the world of entertainment betting is if any of the pre-determined information is leaked before the airdate, then all bets are off and wagers will be refunded. Sometimes there are certain factions that wish to spoil story details for everyone, and it is one of the few downsides of entertainment prop bets.