Skip to content
HomeNewsCardinals DB Josh Shaw bet against his own team, will appeal suspension from NFL 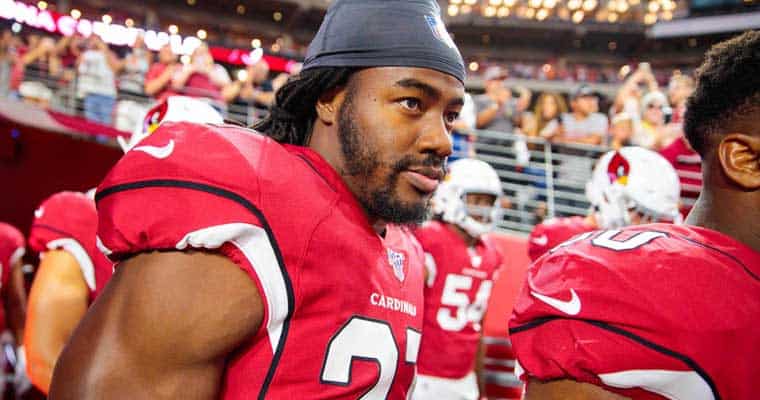 Josh Shaw will appeal his suspension, according to a report from ESPN.

However, it’s hard to imagine the odds of being in his favor.

Shaw, a defensive back for the Arizona Cardinals, broke the league’s rules by betting on NFL games on multiple occasions—and against his own team no-less.

After an investigation from the NFL, the league suspended Shaw on Fri., Nov. 29, with Commissioner Roger Goodell stating that he knowingly violated the NFL’s no-gambling policy.

“The continued success of the NFL depends directly on each of us doing everything necessary to safeguard the integrity of the game and the reputations of all who participate in the league,” Goodell stated in a press release. “At the core of this responsibility is the longstanding principle that betting on NFL games, or on any element of a game, puts at risk the integrity of the game, damages public confidence in the NFL and is forbidden under all circumstances. If you work in the NFL in any capacity, you may not bet on NFL football.”

The Cardinals’ DB has been on injured reserve for the entire season and visited Caesars sportsbook in Las Vegas, Nevada early last month.

While hanging out with some friends, Shaw placed a parlay, which included a second-half bet against his own team in their Week 10 road matchup against the Tampa Bay Buccaneers.

Caesars Entertainment notified the Nevada Gaming Control Board, which in turn, notified the NFL. After investing whether other players or coaches knew about his bets, the NFL concluded that Shaw acted on his own and did not find any foul play.

Once Shaw realized he’d violated the NFL’s sports betting policy, he flew to New York to fully cooperate with the investigation. Ultimately, Shaw was suspended and had until 5:00 p.m. ET on Tuesday to appeal the decision.

Legal sports betting is slowly becoming more and more common across the United States following the U.S. Supreme Court’s decision to repeal the Professional and Amateur Sports Protection Act (PASPA) on May 14, 2018.

Colorado, Illinois, Montana, New Hampshire, North Carolina, Tennessee, and Washington D.C. have also passed legislation and all of which are expected to launch in-person, online or mobile apps sometime in 2020.

However, none of the state sports betting laws matter when it comes to the NFL’s strict no gambling policy on participants with a conflict of interest, which reads:

“All NFL Personnel are prohibited from placing, soliciting, or facilitating any bet, whether directly or indirectly through a third-party, on any NFL game, practice or other event. This includes betting on game outcome, statistics, score, performance of any individual participant, or any other kind of ‘proposition bet’ on which wagering is offered.”

Whether the NFL reduces Shaw’s suspension, which is currently set to last until at least the end of the 2020 season, remains to be seen, but it seems rather unlikely despite his cooperation.

If his appeal is denied by the NFL, then Shaw will be allowed to issue a petition for reinstatement on or after Feb. 15, 2021.