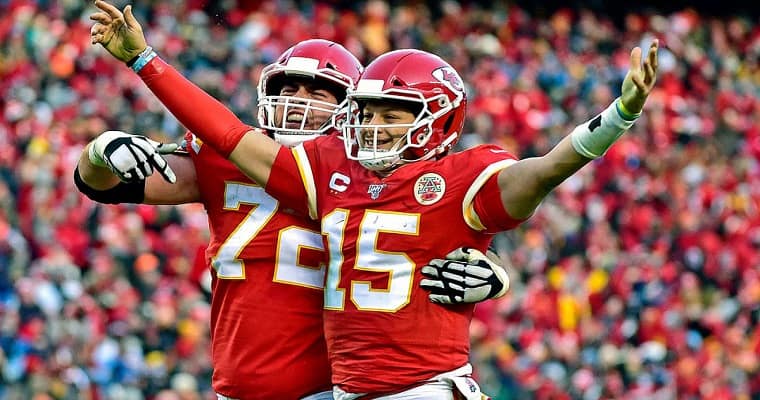 Super Bowl 54 is almost here, and our recommended Super Bowl betting sites have revealed a torrent of betting lines for the big game, including a substantial amount of Super Bowl prop bets. At first glance, it may be tough to navigate the various odds to decide which bets you should or should not take. Below are the top five betting lines that leap off the page and have us salivating.

Only twice during the regular season was Kittle held under 44.5 yards. He has been abnormally unproductive over the last two playoff games with 16 and 19 years in each, respectively. Still, with Raheem Mostert’s monster performance in the NFC championship game, the Kansas City Chiefs’ defense will be forced to focus on stopping the run.

49ers’ rookie wide receiver Deebo Samuel has been a nice surprise late in the season, displaying a toughness rarely seen at his position. Although he is not a traditional deep threat, he uses his physicality to gain yards after the catch. Even though his total yards per game average has been up and down, he usually manages to break out for a reception of over 23 yards, doing so in 10 out of their 18 games thus far. With the Cheifs readying their defense to stop the 49ers rushing game, we like Deebo’s odds of another 23+ yard reception in Super Bowl 54.

Bovada has set the betting line at over or under 305.5 yards passing for Chiefs’ quarterback Patrick Mahomes. San Francisco allowed the fewest passing yards per game during the 2019 season, and they have continued that dominance throughout the playoffs. When you factor in that Mahomes has only thrown for over 300 yards twice over the last eight games, we like the odds that he will not hit 306 total passing yards.

Conclusion: Take the under.

Patrick Mahomes has only thrown five interceptions this year, including the playoffs. Although his statistics are still impressive, his quality of play has taken a slight dip since his return from a mid-season injury, and most of his interceptions have occurred since that time. He has not thrown an interception in the last two games, but the 49ers pass defense and pass rush will affect his play, and we think that he is due for one interception during Super Bowl 54.

As the NFL playoffs continue, the best teams tend to play at a higher level and show us what they are made of. Kansas City has fought through two teams that had built significant leads early in the game. When defenses have risen to another level against Patrick Mahomes, he has used different elements of his game to elevate his team to victory. Although Mahomes only ran for over 25 yards twice during the regular season, he has eclipsed that mark in both of their playoff games so far. We expect that trend to continue as he faces the 49ers defense,