Skip to content
HomeNewsCuomo The Criminal: Gambling Magnate Piles On With New Claims 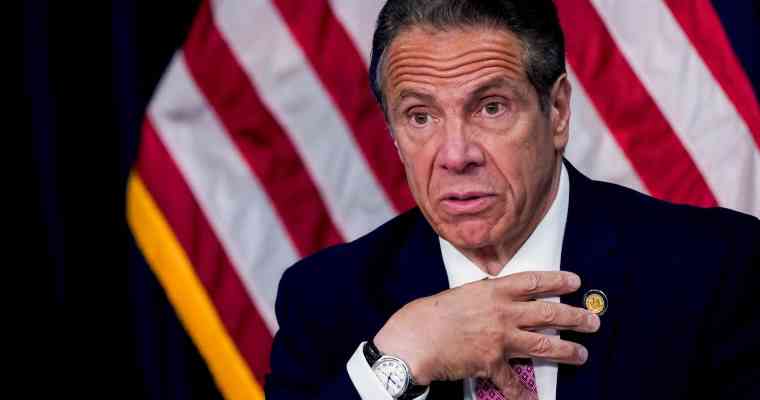 While you can bet on all things Andrew Cuomo at the best offshore gambling sites, there’s now news that the embattled New York governor has unlawfully left his mark on the betting industry itself.

We all know Cuomo for the old-people-killing, young-people-harassing wannabe mafioso that he is, but new reports indicate he might have broken laws in a more traditional mobster manner.

Apparently, back in 2014 when NY was doling out exclusive brick-and-mortar casino licenses in accordance with the state’s 2012 Upstate NY Gaming Economic Development Act (which Cuomo signed into law), Gural’s business was a lock to receive one.

When Gural’s business didn’t receive a casino license in 2014, the owner began to suspect foul play.

The story is very much a “he said, she said” kind of thing, predicated on troves of second- and third-hand information summarily supported (or shot down) by an overwhelming failure to return phone calls from and answer inquiries of the investigating media apparatus.

Of course, since that time, Tioga Downs actually received a casino license, and the point should be moot.

But when Andrew Cuomo signed off on professional and collegiate mobile sports betting via New York’s 2022 budget bill, a renewed licensing process — with only two licenses up for grabs this time — renewed Gural’s ire.

He says the fix is in once again.

Well, maybe it is.

Or maybe it isn’t.

The main issue, in either case, is one of timing.

Andrew Cuomo tendered his resignation last week, and he’s only got one more week in office.

Given that Cuomo’s administration took charge of not only the state’s new expanded gambling and New York sports betting laws but is also necessarily in charge of doling out gambling licenses, it can be argued that Gural has seen a politically expedient crack in the window.

Consider: Cuomo — finally! — is recognized by the mainstream for being the scumbag scofflaw he actually is, and Gural can use this leverage to call the licensing process into question.

Clearly, a small operation like Tioga Downs — famous though it is in the region — is unlikely to win one of the two mobile sports betting licenses currently available.

By making the process appear hopelessly tainted, Gural is trying to expedite the approval of more betting licenses within the state.

Of course, no story about seedy New York bigwigs flinging mud at each other would be complete without the “sad irony” angle.

For more on that, we’ll throw it over to the Albany Times Union:

“Until recently, Gural had relatively friendly relations with Cuomo. Since the governor took office in 2011, Gural and his wife had donated $191,000 to Cuomo’s campaign, and donated $375,000 more to support the 2013 ballot initiative that legalized casino gambling in New York, an effort backed by Cuomo.”

Look, if you’re going to be a high roller, you should probably go all in.

Half a million dollars is peanuts to a guy who can clear 10 times that putting his name on a ghost-written book about pandemic leadership after killing 15,000 senior citizens in nursing homes.

Now, if you want to play real-money casino games and bet sports online, you don’t have to choose between one creep or another.

The legal online gambling sites we recommend take players from the Empire State at 18 and up, and there’s never any intrigue, licensing issues, or finger pointing to get between you and your favorite pastime.