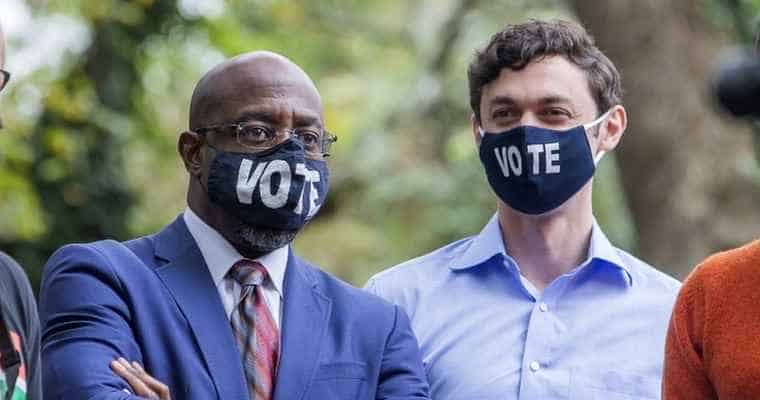 Despite only receiving 32% of the vote during Georgia’s general election cycle, Raphael Warnock now appears to be the imminent winner in GA’s special election for the US Senate.

Two Republicans, incumbent Kelly Loeffler and Doug Collins, combined to total 45.9% of the votes during the first round, so many election experts and political sportsbooks assumed that the GOP would dominate on January 5 when polls open.

Warnock’s sudden acceleration past Loeffler is not for a lack of trying. His campaign managed to earn $37 million more than Loeffler’s, and that chasm increases significantly when you consider that $23 million of her funds were self-financed.

Kelly Loeffler is good for the money. She earned a healthy profit by selling off some of her stock assets recently. There’s only one problem. The sale occurred after she received insider info via an intelligence briefing that detailed the oncoming coronavirus and what effects it would have on the United States.

These fiscal issues seem to be on the mind of Loeffler’s Georgia constituents as well because Warnock has surged in popularity, while Kelly’s election odds have plummeted.

The lines at MyBookie project a separation of 340 in the money line odds, implying a nearly certain victory for Warnock who’s campaign appeared to be in dire straights just one week ago.

These odds translate to Warnock having a 2 out of 3 shot of winning Georgia’s US Senate Runoff Election and chipping away at the GOP’s majority in Washington, D.C.

While many online betting sites that are accepting action on the GA elections are predicting a very close race between David Perdue and Jon Ossoff, MyBookie has the latter ahead by 20.

Could it be a result of an impending blue wave caused by Loeffler’s financial missteps or is something larger at play?

The political betting in Georgia is on the minds of many across the nation right now, as these results will play a large role in deciding the country’s direction over the next two, and possibly four years. The DNC has already staked their claim to the Oval Office and the US House, and today’s vote in Georgia will decide the fate of the US Senate.