Skip to content
HomeNewsGermany Knocked Out Of The World Cup 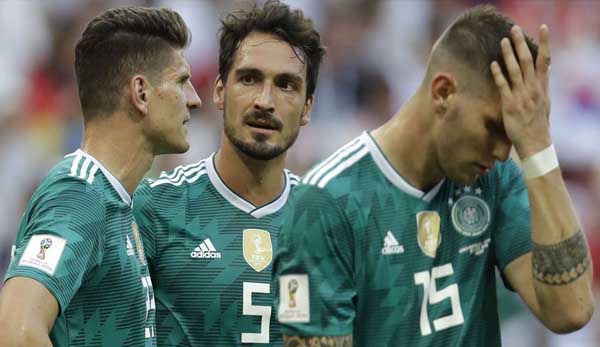 Germany completed a shocking trend in international soccer with their loss to South Korea. They are the fourth defending champion to be knocked out of the subsequent World Cup’s group stages in 5 World Cup tournaments. Germany was one of the top favorites to win the 2018 World Cup, meaning many bettors suffered some major losses after yesterday’s defeat.

In 2014, Germany looked incredible. Their 7-0 rout of Brazil was all people needed to say to know they would go on to win the World Cup. They were undoubtedly the strongest team in the competition that year and while it has been 4 years since then, Germany still posed a major threat given their talented roster. Manager Joachim Low drew some attention when he fielded a younger side for the Confederation’s Cup 2 years ago, but Low was adamant he was bringing in the next generation. Low drew more criticism when he omitted Leroy Sane from the World Cup squad, a prolific winger who just had an incredible season.

Germany’s 2018 World Cup group consisted of Mexico, Sweden, and South Korea. Many expected Germany to make it out of the group with little to no trouble at all. If anything, Mexico would provide somewhat of an issue, but by and large, this was Germany’s group to lose.

Match Day 1 featured the defending champions against Mexico. They looked sluggish from the start and gave up a goal to Mexico’s unrelenting attack. Germany was never able to answer back and they suffered their first loss of the tournament. Many pundits and bettors alike suggested that Germany would bounce back and this loss wasn’t significant, especially with their remaining fixtures in the group.

In the Sweden match, Germany again went down first in terms of scoring. This time, Marco Reus was able to bounce back and score in the 48th minute. The Swedes were able to hold Germany off until stoppage time when they gave up a free kick just outside the box. Toni Kroos stepped up and delivered a wicked shot into the goal that gave them the 2-1 win at the last second. Germany avoided an early embarrassment.

South Korea presented another challenge because Germany wasn’t safe yet. The South Koreans were already eliminated, so they had nothing to lose in this game. Germany couldn’t get through offensively despite having several chances. Keeper Manuel Neuer saved them multiple times from getting scored on. Then, South Korea scored off a clustered rebound in the 90th minute. Neuer came up to add to the offensive efforts and South Korea managed to score again on an empty net to seal Germany’s fate. South Korea also helped push Mexico into the next round with this victory.

This World Cup exit is shocking for the German national side. It could result in Joachim Low being fired and the Germans will be left reeling at their poor performance. For a team with such high expectations, the Germans fell short. It just goes to show how unpredictable this World Cup has been so far.