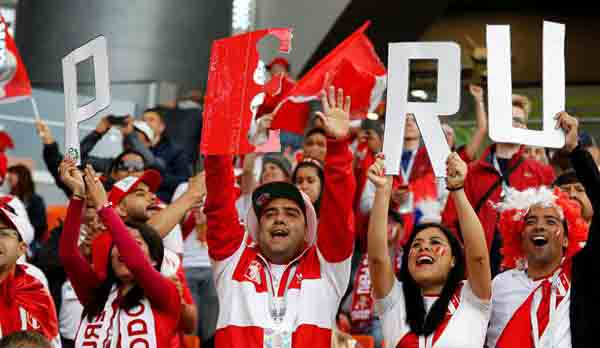 This 2018 World Cup has provided some compelling storylines and we are only in the Group Stage phase of the tournament. Today’s early fixtures of Peru v. Australia and France v. Denmark continued the trend and established some history for themselves. Peru scored in and won their first World Cup game since 1978 and France-Denmark gave us the first goalless draw of the tournament.

Peru was on the storybook teams in this year’s World Cup. With their last World Cup berth being back in the late 70s, Peruvians were more than excited to see their national side represent the country in Russia. Peru’s first game was a 0-1 loss to Denmark. Peru played well, but couldn’t muster the win. Their second game was against France and the result was the same. In all honesty, even though Denmark and France were better on paper, their performances were flat and Peru could’ve won those games or at least managed draws.

If Peru played like they did against Australia, they could very well be in the Round of 16. Perhaps they weren’t under so much pressure knowing they were already eliminated, but the team fielded in today’s game looked as good if not better than both Denmark and France. Their first half was bright with a lot of energy. Andre Carrillo broke the deadlock and scored Peru’s first World Cup in 40 years off a stunning volley. Pablo Guerrero added to the scoreline with a messy goal at the beginning of the second half. Despite the victory, Peru will be on their way home. They showed promise and could be a strong team in the coming Copa America and potentially the next World Cup.

The 2018 World Cup has quickly turned into one of the most popular and goals are a huge factor in that. Up until today, the 38th game of this year’s World Cup, there were goals in each game. France and Denmark played out the first goalless draw of this year’s tournament and left fans fuming. Whether or not the teams conspired to take it easy in order to ensure their place in the next round remains to be seen, but the lineups and tactics used to point towards that.

France’s Paul Pogba and Kylian Mbappe were both dropped from the starting lineup. Starting keeper Hugo Lloris also did not feature, with France opting for backup goalie Steven Mandanda. These moves helped to rest 2-star players before the elimination rounds and get their backup goalie some game time in case he is needed later. Olivier Giroud, Antoine Griezmann, and Ousmane Dembele each started the game.

Perhaps the reason why this game has seen such negative reception is the fact that spectators of this tournament are used to seeing goals. The way things are going, it looks like this may be the only draw of the tournament. It may not have been exciting, but it was enough for France to clinch the group and Denmark secure their last point in order to advance.