Skip to content
HomeNewsRound of 16 Underway In 2018 World Cup 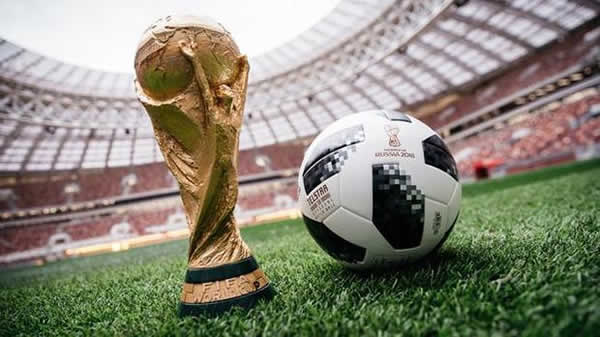 It is time to get down to business for the 16 remaining teams in the World Cup. The point system is over and the format has switched over to elimination rounds. Some teams played the strategic card towards the end of the Group Stage in order to avoid certain squads, though if this World Cup has proved anything, it is that no team can be considered a safe opponent.

Round of 16 action kicks off with France against Argentina. Both teams have been more than underwhelming throughout the tournament. Argentina barely made it out alive after getting stomped by Croatia. If it weren’t for a late goal from defender Marcos Rojo, Nigeria would’ve advanced. France on the other hand can’t seem to find their rhythm despite having one of the strongest rosters in the competition. On paper, this game looks like it would be one of the best, but based on their play it would seem otherwise. Perhaps now that it’s do-or-die these teams will finally step up to the plate.

Uruguay and Portugal make up the next installment of the Round of 16. Portugal’s saving grace has been Cristiano Ronaldo throughout the World Cup. The prolific forward will be crucial in this clash. Quaresma is another player to watch in this game. Uruguay were another team that failed to hit their mark against opponents like Egypt and Saudi Arabia, however they finally played a strong game against Russia to close out the Group Stage. Luis Suarez and Cavani both scored so both players will look to continue their runs.

Spain and Russia will be an interesting game given that Spain don’t look as good as they should. Russia started red-hot but were humbled by Uruguay. If Russia’s forwards can get back to scoring fashion the game will be interesting, but Spain has a solid center-back combo of Gerard Pique and Sergio Ramos to deal with. Russia’s defenders will be busy dealing with Douglas Costa, Isco and more.

Croatia-Denmark is another interesting fixture. Croatia have emerged as an underdog favorite after they throttled Argentina by a 3-0 margin. Even their B-team got a win over Iceland to close out the Group Stage. Denmark have looked decent, but they would be nothing without talisman Christian Erikson in the lineup. If Croatia can keep him contained, we expect them to pull off a win and make it to the quarterfinals.

Perhaps the most exciting matchup of the Round of 16 is Brazil vs. Mexico. Everyone wanted to avoid Brazil in the early knockout stage and Mexico are the unlucky squad to draw them. Brazil have a loaded roster with Neymar, Marcelo, Gabriel De Jesus, Coutinho, Willian and more. Mexico’s squad may not be as talented, but their passion is unmatched. They also defeated Germany in their first game. Striker Javier Hernandez will be a major factor in this matchup. If Mexico wins this game, it will be a continuation of the trend of big names getting eliminated early on.

Belgium has been strong throughout the tournament. Their B-team defeated England as well, showcasing their depth. Their Round of 16 opponent is Japan, the team first to advance based on the Fair Play points rule. While Japan surprised most bettors by getting this far, we expect Belgium to close this one out given their strong squad consisting of Kevin De Bruyne, Dries Mertens, Romelu Lukaku, etc.

Sweden and Switzerland make up a matchup of teams that no one thought would advance out of their groups. Both teams have shown true grit to make it past formidable opponents. Sweden especially by making it past Germany in the Group of Death. Whichever team makes it out of this game will be a sleeper threat heading forward.

Colombia and England make up the last game of the next round. England played out a slow game against Belgium in hopes of sidestepping Brazil down the road. They achieved their goal, but Colombia is no stepover team. James Rodriguez’s status will be a significant factor in this game. If he’s out, England’s chances dramatically increase. England have historically been unsuccessful in World Cup elimination rounds over the past few decades, but this squad is hoping to break the mold.

The Round of 16 has a lot of potential for more upsets. For those teams that took their foot off the gas to rest players, it can sometimes be hard to pick it back up. We’ll see which teams decide to step up and make a push for the quarterfinals. The sportsbooks favor France, Uruguay, Spain, Croatia, Brazil, Belgium, Switzerland and England to move on.