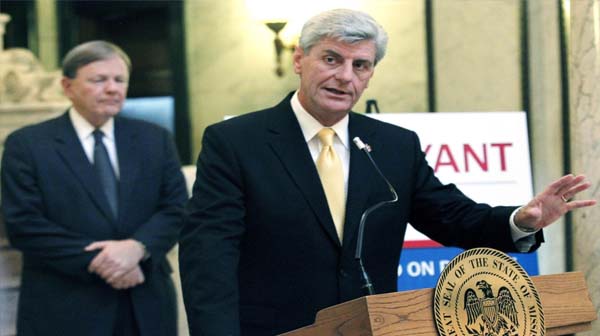 Once upon a time, Mississippi looked to be eager to introduce legal sports betting. Development crashed out and any progress towards opening the new market stalled. Mississippi Governor Phil Bryant wants lawmakers to get the ball rolling again and may call legislators into a special summer session in order to do so. Part of their focus is figuring out where to allocate revenue funds from any sports gambling operations.

Mississippi appeared on LegalBettingOnline’s radar after they passed legislation clearing the way for legal sports betting last year. They were one of the early adopters of the idea that PASPA may be on its way out. However, the state quickly reeled back their launch plan during the waiting process for the SCOTUS case. Once the ruling was handed down, the Mississippi Gaming Commission proposed regulations that were eventually accepted.

There are a total of 28 casinos in the state of Mississippi. This means there is a lot of potential for new brick-and-mortar operations for both residents and visitors alike. The MGM Resorts and Caesar’s establishments are the biggest around and apparently the first prepared to host betting options. According to the law passed, sports betting will be strictly restricted to brick-and-mortar ventures (both land and water). The state is allowing mobile wagering as long as it is conducted on the premises. In-person signup is also required for mobile wagering. All revenue from sports betting operations will be taxed at 12%, 8% of which going towards the state’s general revenue fund while the other 4% going towards local municipalities.

In order to avoid both time and taxpayers’ dollars being wasted, the state legislators need to have some type of framework prepared before the special session is called. State Senator Joey Fillingane intimated that the session could take place soon, which suggests that there is some type of provincial plan in place. If they are able to figure it out, Mississippi will become the third state behind Delaware and New Jersey to launch sports betting since they are anticipating an opening sometime in July. Rhode Island and West Virginia are both tied up but they don’t expect to have sports betting available until the start of football season.

As far as the complex issues like integrity fees for the major sports leagues, data control rights, whether or not mobile wagering will be made available outside the licensed brick-and-mortar venues and any further changes to the rules laid out by the Mississippi Gaming Commission, the jury is still out. It seems unlikely that state lawmakers will be able to address these points during the special session and instead may opt to hold off. In any case, Mississippi sports betting is at the doorstep and ready to soon commence.