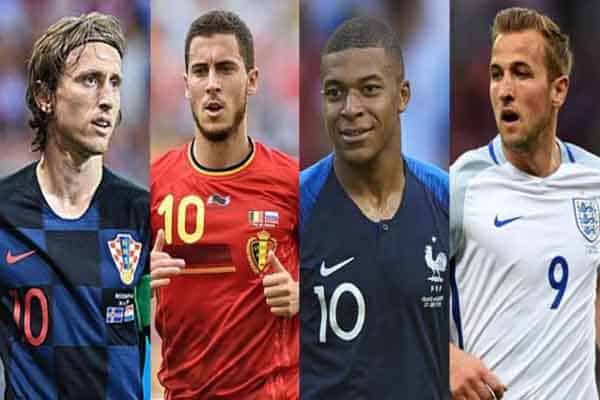 Out of the 32 teams that started the World Cup, the playing field has been narrowed down to 4. France will play Belgium and Croatia faces off against England in the semifinal matchups. Each team seems deserving of their spot, some more than others, but both matches will be entertaining.

Tuesday’s France-Belgium fixture is being heralded as the more difficult of the semifinal games. Both teams had to navigate a tougher side of the bracket to get to this point. Belgium faced tournament favorites Brazil in the quarterfinals and won 2-0. France defeated a strong Uruguay side by the same margin, eliminating the last South American teams from the tournament.

Belgium has been the most consistent team throughout the 2018 World Cup. They won each of their Group Stage matches, including a victory over England with their B-team roster. In the Round of 16, Belgium saw trouble after going down 0-2 to Japan, however, the team went into overdrive and scored 3 goals in the second half to advance to the next round. Their play against Brazil looked strong and it appears they have figured out their best lineup.

Belgium has adapted their strategy to include Marouane Fellaini and Nacir Chadli. These 2 players came in as subs in the Japan game and had an immediate impact. Fellaini and Chadli help to shore up the midfield and both give an offensive edge of their own. Fellaini’s size provides a threat on set pieces and Chadli is a good passer and has a lot of experience. It’s unclear whether Belgium will again to choose to start these players over Dries Mertens and Yannick Carrasco, but this new lineup did well against Japan and Brazil.

France has finally come into their own in this latter portion of the tournament. Their roster has a lot of stars in Antoine Griezmann, Kylian Mbappe, Olivier Giroud, Paul Pogba and more. However, France’s success comes with their combined style of play. Their cohesion is amongst the best in the tournament. For example, Giroud hasn’t been on the scoresheet yet, but his importance has shown through his ability to create space and lay off the perfect pass. Pogba is another player to not score but his midfield presence is invaluable.

On the other side of the bracket, England and Croatia have had an interesting journey here. Croatia is another team that looks solid. They haven’t been this good since the late 90s and this team has a lot of character. Luka Modric is the star player, but other standouts are Mario Mandzukic, Ivan Perisic, Ivan Rakitic, Andrej Kramaric and Ante Rebic. Croatia’s last few games have gone to penalties, so they have the fortitude to hold out until the last minute.

England took the strategic route early on by taking a loss to Belgium in the Group Stage. This put them in second place and helped them avoid Brazil in the knockout stages. The strategy worked out in their favor and they played against Colombia and Sweden. The Colombia game was very physical and ended up going to penalties, though England was able to break their tradition of failing in penalty shootouts and escaped with a victory. England looked better against Sweden and scored 2 headers. This matchup will be interesting because Croatia’s strong defense and midfield will be relentless against England. England’s best chance is to secure as many set pieces as possible.

Oddsmakers have Belgium defeating France, though the England-Croatia fixture is a close draw with England getting a slightly better edge. This will be the toughest game for each team so far, but that’s expected at this stage in the tournament. Be sure to tune in to see which team makes it to the final.