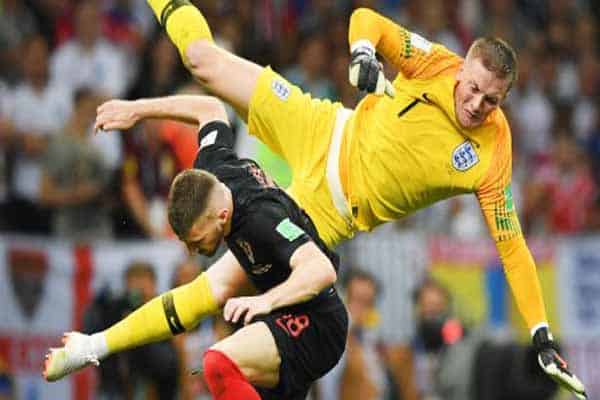 The 2018 World Cup Quarterfinals had Uruguay against France, Brazil against Belgium, Sweden against England and Russia against Croatia. These 8 teams fought hard to get to this point, and these matchups had a lot of promise. All the teams delivered in what turned out to be strong performances.

Uruguay wasn’t expected to make it this far. Their first few games in the Group Stage were a little flat. They finally got into their rhythm towards the end of the Group Stage and into the Round of 16. Unfortunately for them, they drew a tough matchup in France. Edinson Cavani was remarkable in the last game and had a lot of expectations. Luis Suarez provided some assists but hadn’t done much else on the offensive front. The beginning of the game was close with both teams battling for possession. France ended up with most of the ball given their defensive style of play. Frenchman Raphael Varane broke the deadlock with a header in the 40th minute. Uruguay had their chances, but Antoine Griezmann closed the door on Uruguay with a shot that the keeper couldn’t stop. Uruguay’s goalie error was enough to deflate the side, and France went on to secure a spot in the semifinals.

The most enticing matchup of the quarterfinals was Brazil v. Belgium. Both teams looked incredible throughout the tournament and were arguably the strongest teams. Belgium had a lot of pressure on Brazil and forced an own goal to get things going. Brazil had a few chances in the first half but couldn’t muster much amidst the pressure. Belgium’s Kevin De Bruyne made things worse by scoring a rocket goal to make it 2-0. Brazil came out in the second half reinvigorated and made some substitutes. They had chance after chance in the second half with Neymar, Coutinho, and others missing. Substitute Renato Augusto scored in the 76th minute to spark the comeback, but Brazil was just unlucky. Belgium survived their 27 shot attempts to move on to the next round.

England had arguably the easiest matchup of the quarterfinals against Sweden. After coming off a rough penalty shootout win over Colombia, England caught a break against Sweden. Defender Harry Maguire headed a ball in off a set piece in the 30th minute. Set pieces were the defining component of England’s campaign and they showed it again here. Sweden nearly equalized, but the Brits were able to hold them in the first half. England’s Dele Alli sealed their fate in the 58th minute with a headed goal of his own. England’s win was a lot more convincing this time around.

The final match of the quarterfinals saw the host nation Russia up against Croatia. Russia was strong in the tournament except for a loss to Uruguay and made a strong case for a potential World Cup winner. Croatia’s golden generation of players looked to finally have the recipe needed to get to their second World Cup Final. Russia scored the first goal, but Croatia was able to come back from behind yet again and equalize in the 39th minute. In extra time, Croatia seemed ready to move after scoring again in the 100th minute, however, Russia refused to back down and equalized 15 minutes later. The game went to penalties and Croatia’s goalie was able to block Russia to win 4-3 in the shootout.

These matches set up a France-Belgium and England-Croatia semifinal. This wasn’t the semifinal many people expected to happen, but it makes for some good variety. The World Cup has been great up to this point and we expect nothing less in the same round.