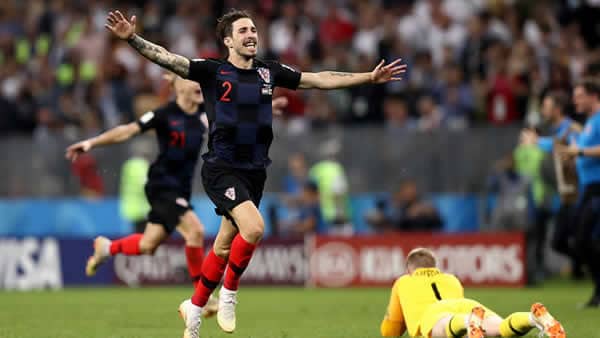 In the World Cup Semifinals, we had France up against Belgium and England versus Croatia. There were a lot of storylines in play. Would France avenge their Euro 2016 Final loss and make it to the World Cup Final? Could Belgium’s Golden Generation live up to the hype and play in the nation’s first ever Final? Would soccer finally come home to England and appease their grueling fanbase? Or would Croatia’s Golden Generation emulate the success of the late 90s?

France and Belgium found themselves on the tougher side of the bracket. They defeated the likes of Uruguay and Brazil to get here. Belgium looked the better team heading into the game, but France had also found their identity through youngster Kylian Mbappe and a strong midfield. Many fans penned this game as the Final given the talent. Oddsmakers were split depending on where you looked, but France had the edge on most soccer betting sites.

Belgium had the better share of chances in the first half. They also had more possession. Eden Hazard was the sparkplug of their offense, creating chances and dribbling around defenders. France’s Hugo Lloris came up big with several good saves in the first half. France almost had a few chances of their own, but Belgium’s Thibaut Cortois was up to the task of stopping them. France broke the deadlock at the beginning of the second half through a set piece header from Samuel Umtiti.

Belgium almost answered back with a header from Fellaini but he steered it wide of the right post. The next best chance came from a ripping shot from Axel Witsel, however, it was straight at France’s goalie. France played a more defensive style after the goal and had a bit of time-wasting towards the end, much to the chagrin of Belgium. The Belgians were never able to answer back and France secured their place in the Final.

The next game saw England take on Croatia. For England fans, they had already seemed to think they won the World Cup, or at least we’re looking towards the France matchup. Croatia are not a team to undervalue and they showed it in this game. England got on the board quickly with a free kick set piece from defender Kieran Trippier in the 5th minute. The rest of the first half was more back and forth with neither team able to make a serious run at goal.

Croatia came out of halftime with their foot on the gas pedal. Ivan Perisic was remarkable and bagged the equalizer for Croatia off a controversial high kick shot. Perisic almost doubled the score minutes later but his shot was deflected off the post. England tried to fight hard to get the ball, but Croatia’s wingers were running rampant down the sides and creating chance after chance. England had a chance to win in the closing minutes of regulation with a free kick, but forward Harry Kane missed the header. Croatia went to their third-straight extra time game.

In extra time, Croatia kept pressing and almost got a goal through Mario Mandzukic. The forward collided with England’s keeper and looked injured but was able to remain in the game. It proved vital because minutes later Mandzukic was in the right place at the right team to convert a headed pass into a go-ahead goal in the 108th minute. England tried and tried to get the ball but Croatia’s defenders were all over them. England managed to get a free kick in stoppage time, but the young Marcus Rashford failed to make anything of it. The ref blew the whistle and crushed England’s dreams. Croatia made it to their first World Cup final since the late 90s, which was also against France.

In the 1998 World Cup, France beat Croatia 2-1. France is again the favorite team, however, Croatia’s momentum and passion is nothing short of amazing. The Croatians have played 3 straight extra time games, 2 of which going to penalties. It will be a tough matchup, but certainly a World Cup Final to remember.