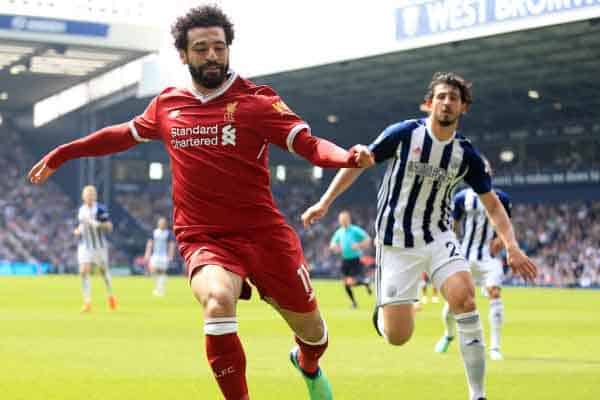 Russia, hosts of the 2018 World Cup, finally took their first loss of the tournament against what looked to be a strong Uruguayan side. The 0-3 defeat marks their worst performance of the World Cup so far and does not look good for a team about to hit the knockout rounds. Thankfully for Russia, the loss only dropped them to second place in the group where they will remain given that Saudi Arabia and Egypt have already been eliminated.

Where was the Russia soccer team from the opening 5-0 thrashing of Saudi Arabia or the dominant 3-1 win over Egypt? Perhaps Russia took their foot off the gas since they already booked their place in the Round of 16, but so did Uruguay. If anything, this match was one last chance to get the game plan right before the format switches to single-elimination games. Russia looked sluggish on the ball and only scrounged 42% possession. Compare that to Uruguay’s 58% and it is easy to see why things went their way this time around.

Uruguay looked bright from the start and coordinated several attacks. The Russians fouled Uruguay right outside the box and teed up Luis Suarez to put in a sensational free-kick to the bottom right corner. That foul, which was one of 18 for Russia, proved costly both for the scoreline and momentum. Russia tried to answer back off a corner kick that nearly resulted in a headed goal, but the ball bounced over. Things went from bad to worse minutes later when Uruguay scored again off a deflection from a Russian defender.

The game started to get ugly with fouls (there were 35 in all) and defender Igor Smolkinov was carded twice in just 8 minutes. This meant that Russia had to continue for 55+ minutes a man down, opening the floodgates to even more offensive attacks from Uruguay. Russia opted for a more defensive setup by subbing on Mario Figueria Fernandes.

Uruguay’s Edinson Cavani was relentlessly after a goal throughout the game and into the second half. He almost had a shot go in during the 68th minute but it was deflected out. Cavani finally got the goal he wanted off a rebound shot in the 90th minute.

This game was interesting because it highlights Russia’s weaknesses. Their first 2 games were against lesser teams, whereas Uruguay is the type of side they will face in the next round. For Uruguay, this game proved beneficial as their first 2 games were hard-fought 1-0 wins. The Uruguayans seem to be hitting their stride right when it counts whereas Russia fell off at the last second.

Russia and Uruguay will likely face Spain or Portugal in the next round. Both teams are talented and have a lot of pace that goes a long way. If Russia wants to continue their defense as the host nation, they’ll need to watch the fouls to avoid getting placed in a compromising position and stop teams from launching fast counter attacks. Russia’s offense needs to get back on the ball as well. Going from 8 goals in the first 2 games to 0 goals in the third is a bad sign.

Russia and Uruguay both have some time to prepare as the Round of 16 doesn’t start until Saturday. They will need all the time they can get after seeing their group stage performances. Russia’s odds of winning were slashed today after this loss, so it will be interesting to see if they can bounce back.