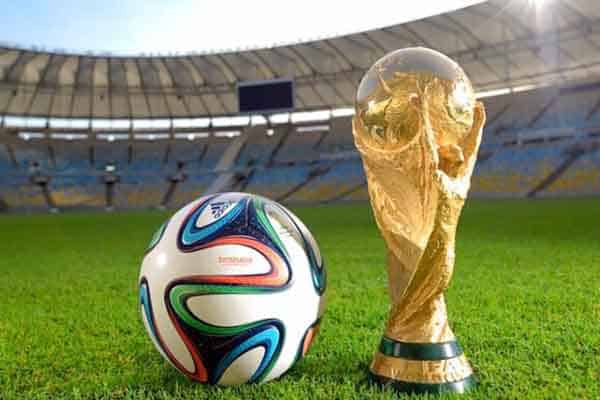 The 2018 World Cup has already provided some compelling storylines in its first week that could carry far-reaching implications. Tournament favorites are often expected to waltz through the group stages with ease, but each World Cup we’re reminded that no team is untouchable. We’ve got a roundup of the most significant action that took place in the opening matches.

World Cup action kicked off with the host nation Russia defeating Saudi Arabia 5-0. 4 different players got on the scoresheet for Russia, a testament to their scoring ability and depth. Host nations have the heaviest weight on their shoulders since they are on home turf, but the Russians proved they are to be taken seriously in this tournament.

Uruguay and Iran both enjoyed muted victories over Egypt and Morocco, respectively. Uruguay is a bright team with lots of talent, but the squad’s troubles against a depleted Egypt team do not bode well for later matchups in the tournament. Iran looked quite strong in their matchup and may provide future upsets.

Cristiano Ronaldo scored a hat-trick for Portugal in their opening fixture against Spain. The Spaniards are expected to go far this year in the tournament and it is easy to see why given their roster. However, Ronaldo once again proved why he is considered one of the best to ever play. Portugal won the 2016 Euro and are looking to continue their successful international run.

France defeated Australia 2-1. For such a talented squad, France should’ve scored more. They’ll look to shake the dust off after this win and continue a positive run into the tournament. Argentina, one of the favorites to win the World Cup, tied against Iceland in their opening game. It was a bad draw for Argentina and will likely shake their confidence going forward. Lionel Messi’s missed penalty won’t help things either.

Denmark pulled off a victory against Peru, highlighting a trend of South American teams underperforming. Croatia defeated Nigeria by 2 goals in a dominant performance. Croatia is a sleeper team in the running for the championship and will be one to watch going forward. Costa Rica lost to Serbia in a relatively quiet game.

The next big upset came with Germany losing to Mexico. Germany is the defending World Cup champions and is one of the favorites to win it all. Mexico, on the other hand, is a squad that often falls short of their expectations. Mexico took the game to the Germans with their pace and unrelenting press. Mexico was finally rewarded for their performance and the Germans couldn’t come up with anything. Germany will need to hit the drawing board to avoid an early exit.

Brazil also underperformed in their draw against Switzerland. The Brazilians certainly have the flair with their talented squad as several beautiful passages of play were conducted. However, Switzerland’s physical style of play proved too much for Brazil as they were unable to stop them from scoring off a corner. Brazil must adjust to facing physical teams if they are to make it all the way.

Sweden pulled off a victory against South Korea and Belgium dominated Panama shortly after. The Belgians are expected to do well this year, as they often do in international competitions, but it took them some time to break the deadlock. Once the first goal came in, Belgium’s play ramped up and they ended up with 2 more goals. England wrapped up the day’s action with a win over Tunisia, getting the Three Lions’ World Cup campaign off on the right track.

Colombia failed to start their tournament with a win over Japan. They scored off a wonderful free-kick routine, but Japan answered back with a resounding victory. If James Rodriguez features in the next game, Colombia’s odds will improve. Poland and Senegal wrapped up the first week in an exciting game that saw the first African victory so far. Senegal’s second goal was slightly controversial, but the Polish couldn’t come up with an answer either way.

There have been multiple upsets so far and this could be foreshadowing of what’s to come. The tournament favorites have yet to make a distinct impact and several underdog teams have appeared as possible contenders. This World Cup is shaping up to be an exciting narrative that is keeping people guessing.