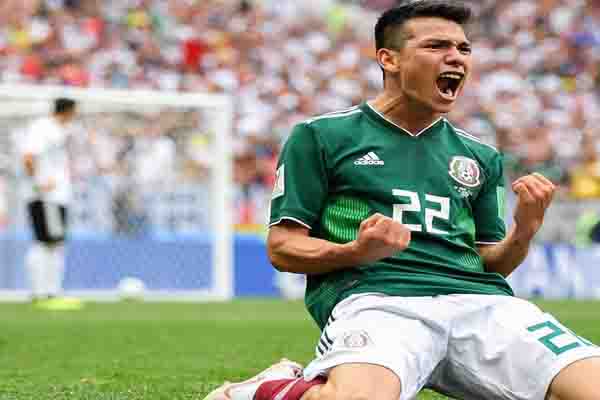 The first batch of group stage games are out of the way and there are plenty of narratives to dissect. Favorited teams underperformed, underdogs rose to the occasion and VAR has already been put to use in mitigating controversial calls. For some teams, things are looking up. For others, there need to be some major adjustments.

The host nation Russia got off to a strong start in their World Cup campaign. They won 5-0 against Saudi Arabia and displayed a powerful attack that should come in handy in later games. Uruguay also started with a victory over Egypt. Egypt was without their star Mo Salah, so it is a testament to their defense that they were able to hold Uruguay to just one goal. Iran pulled off a victory over Morocco, which did well for them in a tough group consisting of Spain and Portugal. Speaking of Spain and Portugal, they had an electric game that ended 3-3. Cristiano Ronaldo continued his historic run by pulling off a hat trick complete with one of his signature free kicks.

France got past Australia to kick things off in their group. The Frenchmen are one of the favorites to win and needed this victory to get their momentum going. Argentina wasn’t able to get a win in their opening match against Iceland. The Argentinians are also amongst the projected teams to win, meanwhile, Iceland is the smallest nation to ever qualify for the World Cup. Leo Messi missed a penalty that could’ve given them the lead. Argentina will need to work things out before they end up against stiffer competition. Denmark and Croatia both pulled off victories in their opening matches against Peru and Nigeria, respectively. Croatia is a sleeper team to watch out for from a soccer betting standpoint.

Another big upset came after the Costa Rica-Serbia game, which Serbia won. Germany, the defending champions, lost their opening match to Mexico. Germany may have come into their game a little too confident, as Mexico were able to run them down and use their pace to win. Brazil also failed to start their World Cup with a win, as the tournament favorites drew to Switzerland.

Sweden answered the question of whether they can compete without Zlatan Ibrahimovic by beating South Korea. Belgium lived up to expectations with a strong 3-0 victory over Panama. England also proved doubters wrong with a victory over Tunisia. For one of the most scrutinized teams in international soccer, England’s victory should do well to boost their confidence. Colombia played without star James Rodriguez and lost to Japan. Once Rodriguez is back in the rotation, Colombia should be more fluid. Senegal put Africa on the map with a victory over Poland.

A key takeaway from these first few matches is that no one is safe. Some of the best teams in the world tied with lesser squads. To be fair, it was the first match of the World Cup for each team, so nerves were certainly in play. The next set of matches should reveal who is locked in and who isn’t.