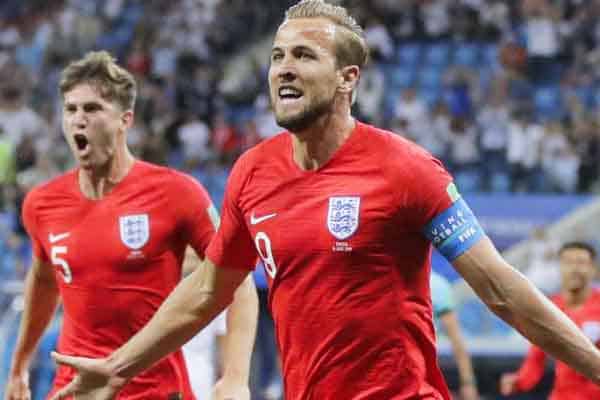 Over the past few years, England has become a bit of a laughing stock on the international stage. Their squad is always loaded with talent but seems to come up short when it matters most. This year, with a new manager and some ambitious young players, England may be able to become a surprise favorite in most matchups and possibly give themselves an opportunity to win the World Cup.

Take the 2016 Euros for example. England was projected to do well and despite lackluster play, managed to make it into the knockout stages. They were knocked out by Iceland of all countries. Iceland is the smallest nation to qualify for the Euros and they set that record again with this year’s World Cup berth. If England underperforms like that again in Russia this year, their supporters will run them through the gauntlet.

The main point of England’s squad is striker Harry Kane. Kane has quickly risen to prominence over the past few seasons in the English Premier League with the Spurs. He has even won several Golden Boot awards for leading the soccer league in scoring. In Russia, Kane will be the starting striker and scrutinized heavily for his performance. He was able to save England against an embarrassing opening loss against Tunisia, but the squad shouldn’t rely on him each time. Kane will be a vital point of their success in this year’s World Cup. If he is scoring consistently, England has a strong chance of advancing.

Kane can’t do it all alone, however. Thankfully, he has young corps of attacking and midfield players to help out. Raheem Sterling featured up top alongside Kane in the Tunisia game. Sterling had a great domestic season with Manchester City, so if he can translate that over to the national side there will be greater chances of more scoring. Dele Alli is a strong midfield player, but one that can disappear at times, same with Jesse Lingard. Such is the problem with having young players in the squad. However, England has players like Marcus Rashford, Danny Welbeck, and Jamie Vardy to help out.

England’s best player throughout the game was holding midfielder Jordan Henderson. The captain had nearly a perfect game in terms of completed passes, tackles won, etc. Henderson can hopefully recreate this performance in other games given his experience. The backline of Kyle Walker, John Stones, and Harry Maguire can be shaky at times and will certainly be put to the test against tougher squads.

New goalkeeper Joran Pickford is debuting for the international squad at this tournament. This puts a lot of weight on his shoulders, but he looked decent in the first game. A clean sheet will do well for his confidence going forward.

England still has to play Belgium and Panama in this group stage. The Panama game should be simple enough. It is the Belgium game that will worry supporters. A win against Belgium would show the world that England is serious about winning soccer. They have a good chance of making it out of the group stage, but that is expected. England needs to perform in the knockout rounds if they want to avoid scrutiny from their country.