Skip to content
HomeNewsKeys For Each Final Four Team 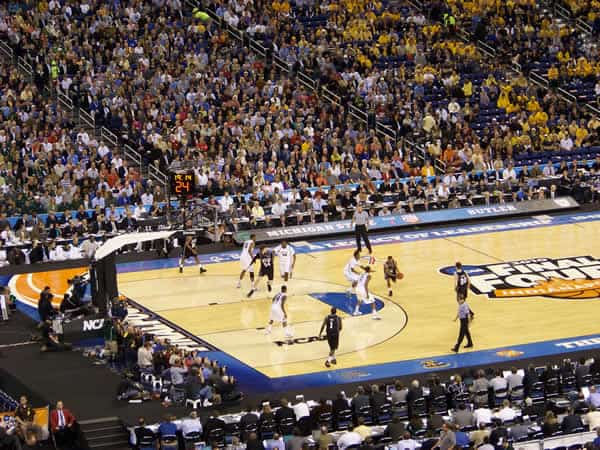 It is an unlikely Final Four, but each of these teams has shown they have it what it takes to go all the way. Basketball betting sites have their favorites in Villanova and Michigan, but Loyola and Kansas are no walks in the park. The bottom line is that each team has a realistic shot of advancing. There are some things to take note of that could push either team in the right direction.

Villanova is arguably the best team left in the tournament. Their offense is nearly unstoppable once it gets going. Jalen Brunson is one of the best players in the NCAA and looks to have NBA potential. Not only are Brunson’s numbers strong, but so is his leadership on the floor. People will tell you Villanova’s real threat is in their 3-point shooting, which is a solid point, but they can attack you in other ways. When Eric Paschall is on the court, the team seems to shift a more a direct driving approach. The Wildcats defensive core is stout with Paschall, Mikal Bridges and Omari Spellman leading the front. They can screen effectively both on and off the ball and snuff any second-chance points with their rebounding.

Opposing teams think the best way to beat Villanova is when they are having a rough night, and even that doesn’t make it easier. For example, Nova went 4-24 from beyond the arc against Texas Tech in the Elite Eight, yet they still won. One strategy is to force Villanova to tap into their bench. Their secondary players are still solid, but teams seem to have an easier time when star players are on the bench. Best bet is to consistently drive and get to the line, thus limiting their defense’s chances of shoring up.

Kansas is the other #1 seed and is full of quality 3-point shooters. Devonte Graham is one of their best players, but it is Malik Newman that has shined in the tournament. Newman’s confidence has skyrocketed throughout the season and he is sinking most of his shots. While they are most effective on the permiter, the Jayhawks have a weapon down low in Udoka Azubuike. Kansas utilizes the lob frequently and makes the most of special teams situations.

In order to beat Kansas, you have to take away their 3-point options. That is where they will hurt you the most. You also have to watch out for off ball screens that allow the Jayhawks to penetrate the paint and get easy buckets. If you can manipulate Azubuike into foul trouble, that’s a plus. Kansas plays at a fast pace so matching them with a fast-paced aggressive defense or slowing the game to your desired level are both decent strategies. Villanova will need to mark Graham and Newman tight if they want to win this one.

The miracle team. No one expected the #11 seed team to reach this point, but they are here. Loyola’s success comes in their uniqueness. Their squad is able to make the most of mismatches because they are not so defined in set roles as other teams are. Their teamwork allows them to create space and time to find the right shot. Since everyone on the team can pass and shoot well, they have multiple options on each possession. Their defensive highlights are the fact that they don’t fall often and don’t force transition defense. Instead, the Ramblers set up on each defensive turn and make you play against their full squad.

Being physical is a solid way to beat them. Loyola is a smaller team and will be up against giants in this round and possibly the championship. Michigan must also shore up the paint if they want to win. They need to force Loyola to shoot contested shots as opposed to letting them drive into the lane. Loyola plays small and quick and they have an uncanny ability to switch defensive screens. If you can take away that quickness with brute force, the Ramblers may be in trouble.

Michigan’s strength is in their defense. Xavier Simpson, Muhammad-Ali Abdur-Rahkman and Charles Matthews make up their elite defensive core. Michigan also has a good ability of getting physical without fouling. Their toughness can stretch over into foul territory, but the team is disciplined and can stay out. On top of these defensive players (who are good on offense as well), they also have Moritz Wagner and Duncan Robinson that can contribute.

Opponents of Michigan have had success attacking the power forward position. Also, going after star players like Wagner early because they won’t foul. These players want to stay in the game and know that fouling early will put them in a bad position. This means that they present defensive liabilities for other teams to take advantage of. When Michigan’s shots aren’t falling they are vulnerable. They have had a couple of bad offensive games in this tournament and almost lost as a result. Michigan is not as good on the dribble as they are on the shot, so forcing them inside could be a good way of throwing them off.

Oddsmakers have Michigan and Villanova advancing for your Final Four betting options. Loyola and Michigan are more than capable of pulling off the upset. The way this tournament has been going, it is highly plausible. Tune in Saturday night to see which teams make it to the championship.