Welcome to our 2021 Final Four betting guide where we'll cover the best legal options for betting on college basketball and the last four remaining teams in the March Madness Tournament. Two wins equal a national title once teams reach the Final Four, and that's when the betting on March Madness really heats up.

Read on to discover the top offshore betting sites offering odds on NCAA College Basketball's Final Four, and also explains what types of bets can be made when laying some action on the last three games in March Madness. We also provide historical data for the Final Four to help increase the chance that your bet is placed on the team that cuts down the nets after this year’s college basketball national title game. 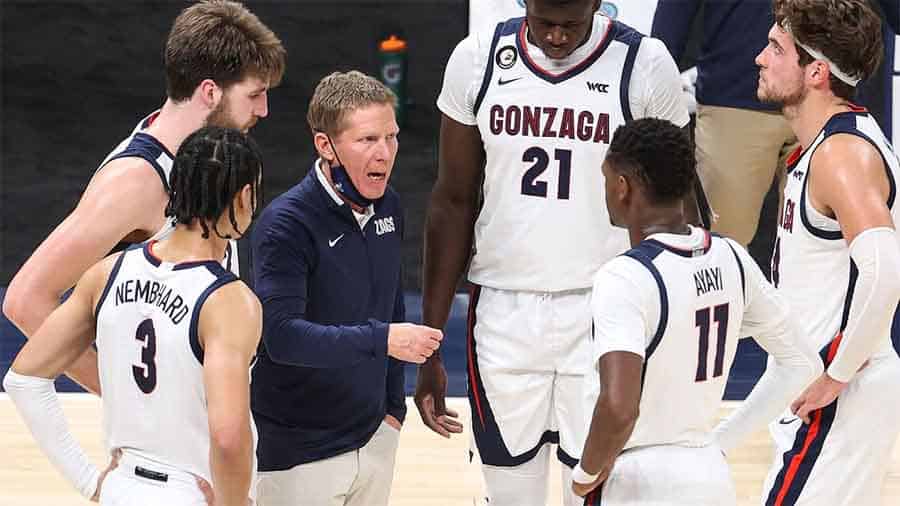 The chart below shows how many times the bracket’s No.1-No.16 seeds have advanced to the Final Four, appeared in the national title game, and ultimately, were crowned national champion at the end of the NCAA tournament since the tournament expanded to 64 teams (now 68) in 1985.

According to the NCAA, if the underdog is at least two seeds higher than the favorite (ex. Underdog = No. 4 seed, Favorite = No. 2 seed), then they have approximately a 20% chance to win their Final Four matchup.

The chalk appears to dominate once it gets down to four teams because 2014 was the only year that saw the underdog win both Final Four games while the favorite has won both games 23 times total.