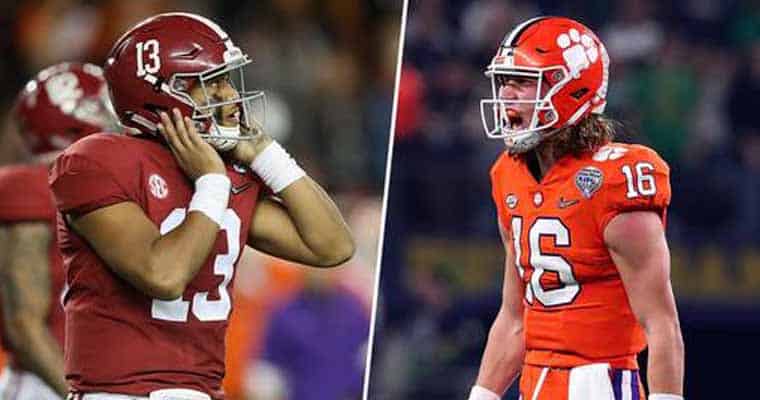 The highest individual honor in college sports is the Heisman Trophy. The equivalent to an MVP award, the Heisman highlights the best college football player of each year.

Speculation for the trophy is neverending, but with the start of the football season finally upon us, the projections are most intriguing right now.

The top spots belong to the two quarterbacks that battled each other in last season’s National Championship game: Alabama’s Tua Tagovailoa and Clemson’s Trevor Lawrence.

With both at +260 odds to win the Heisman, it’s essentially a two-man race.

Lawrence, who wasn’t even the team’s starter until Week 5 of 2018, completed 65% of his passes last year, racking up 30 touchdowns and only four interceptions before winning the national title in his first season at Clemson.

Tagovailoa’s numbers were even more impressive. In his first season as the Crimson Tide’s starter, the Hawaii native had 43 TDs and 3,966 passing yards on a 69% completion rate.

The quarterback that Tagovailoa replaced in Alabama, Jalen Hurts, has the third-best odds to win the Heisman in his first season as a graduate transfer at Oklahoma at +1200. The Sooners actually have a pretty good record going: the last two Heisman winners, Baker Mayfield in 2017 and Kyler Murray in 2018, were both quarterbacks that transferred to Oklahoma, won the award, and then were drafted number one overall in the NFL Draft.