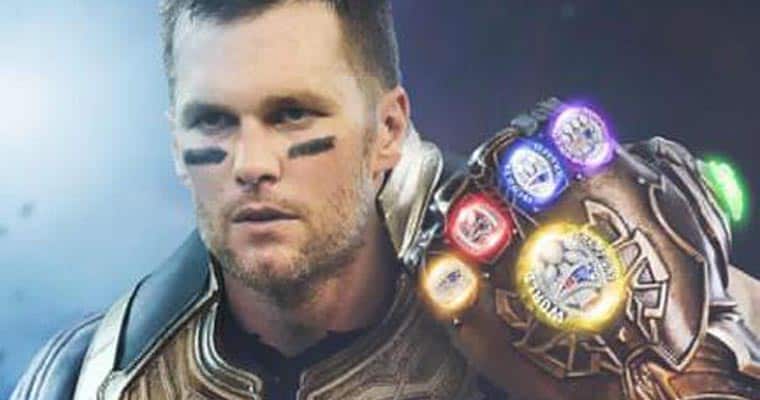 Betting for the 100th NFL season kicks off on Thursday with the Green Bay Packers listed as a 3-point underdog to the Chicago Bears, but all eyes will be on Brady’s bunch when Sunday rolls around.

Tom Brady—also known as the “greatest of all time” and don’t even @ me—and the New England Patriots begin their quest toward winning a 7th Super Bowl title on Sunday, September 8 in a matchup against the Pittsburgh Steelers. The Pats are a 6-point favorite at home against the Steelers.

But prior to any game kicking off the 2019 NFL regular season, Bovada Sportsbook believes the no team has a better shot at winning Super Bowl 54 than the Pats do, with their oddsmakers giving them a +700 odds to add a ring to a 7th finger.

When converted to an implied probability, we can see that Bovada gives Bill Belichick and Brady a 12.50% chance of completing their quest.

But at this point, it’s worth asking yourself: Can you really bet against Brady and pick another team to win the Super Bowl?

The answer is simple: No.

Pundits said the Patriots were finished midway through last season and that the dynasty was dead when Brady’s bunch hit a midseason slump.

But what happened? The Patriots steamrolled through the AFC East (again), proved their playoff prowess (on the road, no less), and absolutely embarrassed the Los Angeles Rams in front of 100+ million people during Super Bowl 53 by winning 13-3.

Sure, tight end Rob Gronkowski may have retired following their victory, but my dear friend, you know Josh Gordon has been reinstated by the league, right?

Sure, there is a chance that Gordon lights up a doobie and gets booted out of the NFL for blazing it too much.

But I like to think that the 3rd time (or is it the 4th or 5th time he’s been reinstated? Whatever, doesn’t matter) is the charm, and he will have 100+ catches and 1,000+ yards this season. Remember Randy Moss’ production back in the day with Brady? That’s going to be Gordon this season.

And who do you think is going to challenge the Patriots? The Kansas City Chiefs at +800? The Chumps defense was the second-worst in the NFL last season, and they got arguably even worse during the offseason. Brady is going to shred through them easily.

The New Orleans Saints at +800? This would probably be the best bet outside the Patriots, but the Saints always look great on paper and haven’t made it to the big dance since 2009.

The Rams at +850? Good look since they’ll also take a step back this season after Brady-Belichick shell-shocked them on Super Bowl Sunday.

With six titles in nine trips—both all-time NFL records—you’d be a fool to bet against Brady winning another ring.

Below you can find the latest Super Bowl 54 odds at Bovada, but be aware: Until the chosen one finally hangs up his cleats, bank on the Pats winning another title.

Because at this point, Brady winning the 7th ring is inevitable.