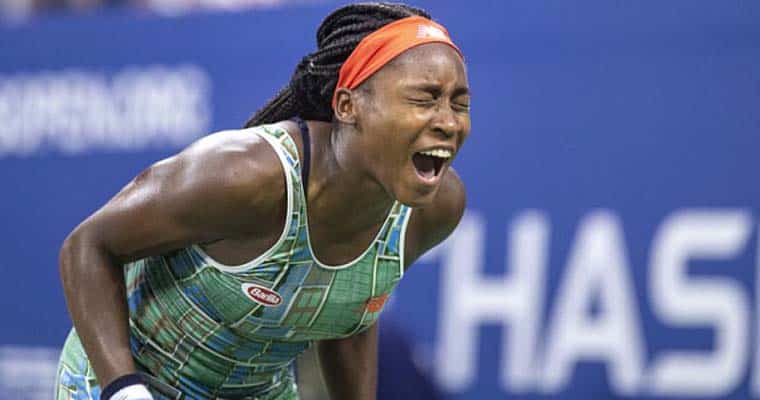 Cori “Coco” Gauff, the 15-year-old American tennis phenom, captured the attention of the sporting world when she made it to the fourth round of the 2019 Wimbledon Championships.

Prior to the US Open, Gauff and Caty McNally won the doubles title earlier this month at the 2019 Citi Open, marking Gauff’s first WTA Tour-level championship.

Now entering the US Open, Gauff has a 3.23% chance of winning her first singles Grand Slam title on her home soil at +3000 odds.

Gauff sits behind some of the WTA’s top players in terms of odds. Leading the chances is Serena Williams at +300, followed by Simona Halep at +600, and Naomi Osaka at +900, among others.

As the 140th ranked WTA player, Gauff has the 15th best chances to win the US Open in New York. Gauff’s first matchup in the Main Draw was against former junior #1 Anastasia Potapova. Barely older than Gauff, Potapova is only 18 years old.

Despite playing well through the Open qualifiers, and even taking the first set, Potapova could not outlast Gauff who eventually won 3-6, 6-2, 6-4. With her match victory, Gauff became the youngest woman to win at the US Open since 2014.

Regardless of the match’s winner, this example of tennis’s youthful prowess could headline Grand Slams in years to come. Former professional tennis player Lenny Simpson believes Gauff is destined for the spotlight.

“[Gauff] handles herself so well. She’s mature beyond her years. I don’t think the moment is going to overwhelm her at all,” Simpson said when asked about Gauff’s nerves ahead of her US Open debut.

“She’s going to be a superstar,” he added.

To watch the 2019 US Open, ESPN and ESPN2 will air matches daily through September 8. The network will also live-stream every court on ESPN3 and ESPN+.

A full list of the women’s singles odds for the US Open is below for comparison.