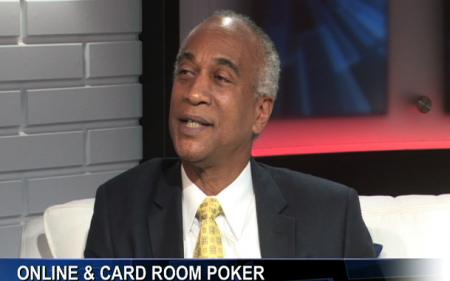 The state of New York has been pro-gambling for some time now. The state has a number of casinos and racinos (race tracks that offer casino games). Now, New York is trying to emulate their neighboring state of New Jersey by bringing online poker into the fold.

Assemblyman J. Gary Pretlow, Chairman of the Committee on Racing and Wagering, recently spoke out on how his committee is attempting to regulate an online poker service. Pretlow spoke on how he recently visited New Jersey to go over how they handle their online poker business, which is directly attached to their land-based casinos. He isn’t looking to do anything out of the ordinary with New York’s potential industry, he just wants to make sure New York runs the market right. Pretlow also mentioned how cheating has been a presence in online poker rooms, however he addressed ways in which to combat this. One such way is through geo-tracking. This technology is employed by New Jersey in monitoring their online poker rooms and tracks users’ locations to make sure only those in the state are participating. Pretlow believes that any New York online poker industry would be wise to use such technology.

“If New Yorkers are going to participate with online poker, I want to make sure it’s the fairest it could possibly be,” said Pretlow.

Just like in New Jersey, these online poker rooms will be connected to the land based casinos. The state plans to, pending Pretlow’s legislation passes, issue ten licenses (which is enough to cover the casinos and racinos eligible to host online poker) for online gambling. Any expansion as far as new casinos will have to wait for five years due to a provision in current gambling legislation that prevents new casino licenses being issued for another five years. The licenses referred to earlier are for existing casinos and act as amendments to include online gambling. However, Pretlow did mention that would change if New Jersey is somehow able to win their case against the Supreme Court, which would allow them to host whatever type of gambling they wanted (this freedom would soon apply to any other state that wanted it).

One of the biggest issues surrounding any form of gambling is whether it is classified as a game of skill or a game of chance. Pretlow has been a proponent of the game-of-chance argument, but has since changed his views, saying it really depends on the type of player. He sees it as an activity where some players use chance while others use skill. Either way, it doesn’t influence the game. Proponents of legal online poker feel strongly that the game is unequivocally based on skill.

Any regulations would be put in place by the Gaming Commission, which Pretlow expressed complete confidence in. The revenue from the online poker rooms would be directed towards state public education, as is all the revenue from New York gambling. This move would also align with New York’s progressive stance on gambling as they are one of the states who voted to legalize Daily Fantasy Sports. They also have bills for sports betting legalization in the works.

Pretlow was optimistic in that he doesn’t foresee any opposition to the bill passing. He said that while some may argue that this would make gambling easier and more accessible, he believes it caters to the proper demographic better. Pretlow cited studies that show a younger demographic is flocking to these online poker rooms. If this bill does pass, it will be another victory in the fight for total gambling legalization. Small efforts like these show that lawmakers are willing to bring gambling to the forefront in their state’s best interest, which could bode well for the future. It is entirely possible that poker will be the newest expansion to the gambling market in the Empire State, and the first legal New York online gambling initiative.