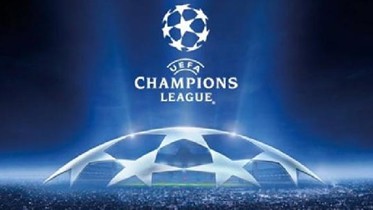 The UEFA Champions League is back in action with the Round of 16. The first leg had its share of goals and upsets, leaving an element of anticipation for the second leg. This year’s Champions League has a few interesting storylines, and this year’s Round of 16 highlighted a few things that are important to note going forward that may impact the tournament’s outcome as well as affect the odds for legal online soccer betting on the Champions League.

Perhaps the most anticipated matchup was between Paris Saint-Germain and Barcelona. These two European heavyweights are always in the conversation when discussing potential Champions League winners. Barcelona was touted as the favorite to win this year, but they’ve now found themselves in quite the hole after losing 0-4 to the Parisians. PSG were on another level, commanding the midfield and making the most of their possession. Angel Di Maria struck first on a scintillating free kick that went right through Barcelona’s wall. New signing Julian Draxler complimented his performance in the midfield with a goal to make it 2-0 before half. Di Maria then scored a wonderful solo goal to complete his brace. The nail in the coffin came from striker Edinson Cavani. PSG will face Barcelona in the Camp Nou on Wednesday, March 8, and Barcelona will have to score at least five goals to make it out alive. If PSG manages to score (away goals count as more), then the projected tournament winners may see an early exit.

Benefica and Borussia Dortmund’s match wasn’t as exciting, with Benefica scoring the game’s only goal. Dortmund’s star forward, Pierre-Emerick Aubameyang missed a slew of chances to secure a vital away goal. He’ll surely look to make up for his errors when they host Benefica in the second leg on Wednesday, March 8.

Bayer Leverkusen played Atletico Madrid in another exciting fixture, with the Spaniards securing a 4-2 victory. Midfielder Saul Niguez scored a magnificent curler to open the scoring, with Antione Griezmann doubling Atletico’s score minutes later. Leverkusen scored right at the start of the second half to swing the momentum back in their favor, though they gave up a penalty to make it 3-1. Leverkusen were lucky to capitalize off of a goalkeeper error which resulted in an own-goal, bringing the deficit to one goal. The game remained 3-2 for some time, until veteran forward Fernando Torres scored a header off of a pinpoint cross. Atletico’s four away goals will surely wrap things up, but Leverkusen may pull off an upset in Madrid on Wednesday, March 15.

Manchester City and Monaco was an offensive shootout which almost broke the record for most goals scored in a Champions League game. City ultimately won 5-3, but it was one of the most exciting matches in recent history. Raheem Sterling opened the scoring, though Monaco equalized through Radamael Falco soon after. Monaco made it 2-1 and almost followed it up with a third soon after through a penalty, but City goalkeeper Willy Caballero stopped the shot. City then equalized off a counter attack in the 58th minute and Monaco quickly answered in the 61st off a beautiful chipped goal. Ten minutes later, City’s Sergio Aguero equalizes off a volley from a corner kick. City defender John Stones (who’s error resulted in Monaco’s third goal) scored off a corner to put Manchester up in the 77th minute. The final goal came in the 82nd minute through Aguero’s unselfish pass to Leroy Sane. While Monaco’s away goals could help them, City will look to keep up their offensive efforts in France on Wednesday, March 15.

Porto and Juventus ended up 2-0 in favor of Juventus. Juventus’ substitutes ended up scoring the goals of the game. Juventus’ away goals will likely carry them to the next round unless Porto can pull off the upset. Sevilla and Leicester City was probably the most intriguing match in terms of opponents, as Leicester City defied the odds and won the Premier League last season, securing them a spot in the Champions League. Their domestic season has taken a 180-degree turnaround as their staving off relegation, while their one away goal in Sevilla kept their Champions League hopes alive. Sevilla won the game 2-1, though Leicester City will put up in a fight in the second leg. Both of these games will take place on Tuesday, March 14.

Real Madrid, the reigning champions, defeated Napoli 3-1. Karim Benzema, Toni Kroos and Casemiro each scored. German giants, Bayern Munich, thrashed England’s Arsenal at home 5-1. While Arsenal looked like they’d be able to keep up, the Germans eventually ran riot. Arsenal appears set for another early Champions League exit. Meanwhile, Munich emerged as one of the contenders for the title. Both second legs will be played on Tuesday, March 7.

The Round of 16’s first leg was indeed exciting. The second leg may see favorites Barcelona leave the tournament, leaving PSG and Bayern Munich as probable finalists. Either way, fans can expect more of the same during the second leg.