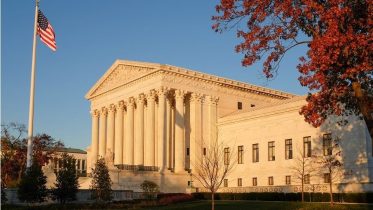 Early in January of this year, the U.S. Supreme Court indicated renewed interest in the case of New Jersey sports betting. The Supreme Court requested the Acting Solicitor General to file a brief in the case and weigh in on the effort to overturn or to find a way to work around a 25-year-old federal law that prevents sports betting in all but 4 states. The five major sports organizations in the Unites States have long been against the repeal of the 25-year-old Professional and Amateur Sports Protection Act (PASPA) and the federal government has ruled in their favor in all accounts. How this case plays out could have a direct bearing on how legal online sports betting is defined in the US.

Christopher Soriano is an attorney that works for Duane Morris law firm in Cherry Hill, NJ. He spoke with NorthJersey.com on SCOTUS’s request of the Acting Solicitor General and expressed that the fact that the court is interested in the Solicitor General’s views is good news for New Jersey’s position in the case. From among the more than one hundred cases considered by the Supreme Court on that day, New Jersey’s case was the only one that warranted the attention of the Solicitor General.

Daniel Wallach is a sports law attorney based out of Ft. Lauderdale, FL who broke down how the new administration’s pick for Solicitor General will impact this sports betting debate for Northjersey.com. He stated that Trump’s choice for filling the role of United States Solicitor General could be the component that tips the scales in the case as their recommendations to the Supreme Court will hold weight. He also mentioned that this type of influence is often why some refer to the Solicitor General position as the tenth justice.

President Trump was previously a casino tycoon and has been publicly quoted in favor of sports betting. Wallach continued to explain that the new president can directly influence the overturning of PASPA by choosing a Solicitor General and a Supreme Court nominee that agrees with his stance on sports betting. One of Trump’s previous choices decided to withdraw his name from consideration, so it will be interesting to see who is willing to step into that role and face a furious confirmation hearing led by Democrats eager to make Trump and anyone associated with him look bad.

Should New Jersey actually end up winning this case, it could set a unique legal precedence for sports gambling in the United States, and could even have far reaching measures that impact legal sports betting online as well.