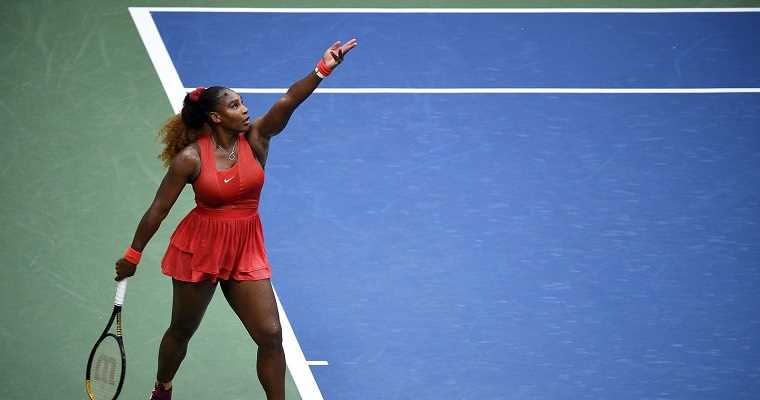 Can Serena Williams advance beyond Sloan Stephens and make a run for her sixth US Open title? That’s the question that oddsmakers are asking bettors today as they have presented US Open odds on Williams’ third-round matchup.

Although professional tennis betting doesn’t command much attention from the United States, it is a major draw on the international gambling scene, with odds receiving heavy action across the globe.

All betting odds on Wimbledon were removed from the boards earlier this year when the COVID-19 pandemic caused officials to cancel the event completely, which is the first time that has happened since World War II.

Thankfully, pro tennis has moved on and has found a solid method for hosting their tournament schedule without much risk of contagion. Despite these practices being in place, some players decided it would be best to sit the US Open out.

Rafael Nadal decided to opt-out of the competition, which is unfortunate because he’ll miss his chance to defend his title from last year. He is at a relatively advanced age in regard to a pro tennis career, and Father Time is undefeated. Nadal only has a few more years remaining in his career, and we hate to see him let a major tournament slip by without participating.

At least we still have legends like Serena Williams involved, and speaking of Father Time, opportunities to see her play will dry up before too long as well.

The below odds for Williams’ match tomorrow implies that she will win by a margin of more than 4.5 games.

The match is only predicted to last for a total of ten games based on the number of 9.5 set for the over/under. That roughly translates to a two-set victory for Williams with a score in the neighborhood of 6-4, 6-3.

The winner will advance to the fourth round of the competition and find themselves amongst the final eight players remaining, placing them four games away from winning the tournament.

The fourth-round match will be against the winner of Maria Sakkari and Anna Anisimova. Either opponent will be an underdog to Williams, suggesting that she will have a clear path to the quarterfinals if she brings her A-game tomorrow.

The 2020 US Open also marks the potential for Serena Williams to capture her 24th major tournament title during her time in pro tennis. Her current 23 grand slam victories place her first all-time amongst all competitors, men or women, and gives her a one-tournament lead over Steffi Graf.

A 2020 US Open title would also mark the seventh time Williams has won the tournament, with her last championship coming in 2014.

Serena Williams will go down as arguably the most dominant force in the history of tennis, so don’t miss your chance to see her in action this weekend while she is still at the top of the sport.

It is also one of the last opportunities that bettors may have to earn some money on her success, so place your wagers before she decides to hang up the racket for good!