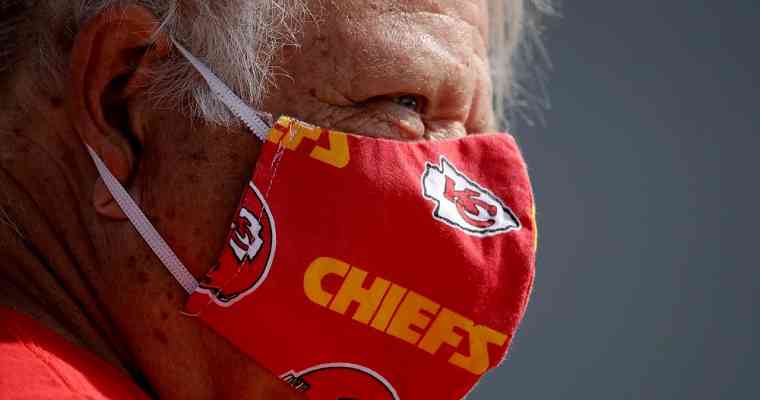 Just four short weeks ago, #wewanttoplay was a trending topic amongst NFL players who were concerned about whether the NFL was doing enough to prepare for a season where proper COVID-19 precautions were in place.

Whether you like him or not, Goodell’s style of leadership is that of action – and it appears that he has taken the appropriate routes to properly guide the league in for a landing in time for the opening Thursday night of the season.

Tomorrow night’s game features a rematch from last year’s AFC Divisional round that pits the Houston Texans against the Kansas City Chiefs at Arrowhead Stadium.

The NFL betting odds have the Chiefs favored to win by nine points and start the Houston Texans off with an 0-1 record to begin their season.

The Chiefs are also the leader in the odds to win Super Bowl 55 and become the first team to repeat as NFL champions since the New Englands Patriots won back to back in Super Bowls 38 and 39.

Nothing captures the attention of sports fans and sports bettors in America quite like NFL football. Just seeing the promotions airing for this weekend’s game have transmitted waves of comfy vibes that have washed over a large segment of the population that is hungry for some professional gridiron action.

However, many are now expressing concern regarding the NFL’s plan to complete a standard scheduled that requires teams to travel across the country routinely.

We get it, they aren’t flying coach, but still, that is a lot of personnel traveling around the nation while it is desperately trying to reign in a virus that is sneaky and persistent.

Major League Baseball has used a strategy that involves teams only competing against regional competitors to cut down on excess travel, but the league has had to cancel and postpone several games due to infections.

The NBA has utilized a single-location approach that has worked well so far, as they are well on their way to completing the 2020 NBA playoffs.

Both the MLB and the NBA have hosted their games without fans present, and have used technology to allow access to the games via a virtual means.

So far, 26 of the NFL’s 32 franchises have declared that all of their home games with be played without fans in attendance. Six teams have decided to allow a limited number of fans arranged in groupings that are appropriately distanced from each other.

The league has conducted extensive testing for the virus so far. 4,510 tests have been administered to 8,349 players and the results have only yielded eight positives since examinations began.

“The cases of COVID-19 are very low across the league. It is a testament to the plans but most importantly to the diligence to the players, the teams, and their staffs. I think the big thing for us, again, is not to get comfortable. The protocols are working. But we’re dealing with a lot of uncertainty here. This is a pandemic that we’re still learning about.”

The old adage that says an ounce of prevention is worth a pound of cure must have been created by someone who had never experienced the effects of the Coronavirus, as those two variables could easily be swapped out for each other.

The NFL has granted players the right to opt-out of the season citing COVID-19 concerns if they so choose, and thus far, dozens have decided not to play in 2020-21.

Only time will tell how effective the NFL’s COVID-19 protocols are at keeping players and coaches safe, but we are rooting for them to complete the season safely. Week one betting lines are available at major NFL betting sites across the web, which is a welcome sight for NFL fanatics who have grown tired of the lengthy offseason and quarantine.