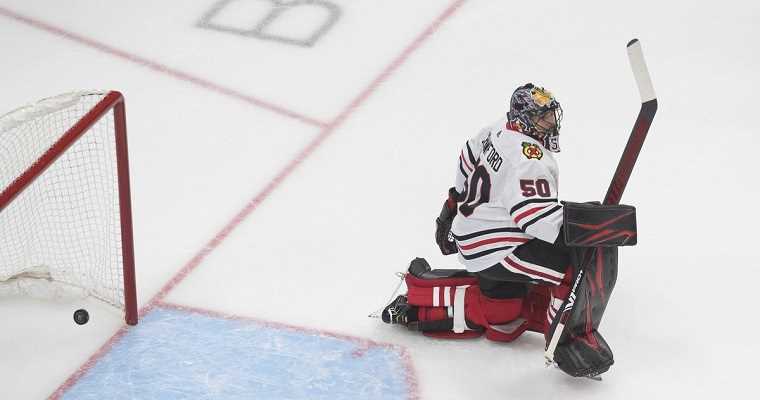 The NHL Playoffs have begun, and so far there have been minimal disruptions related to the Coronavirus.

That is largely due to the NHL employing the bubble philosophy for conducting their playoffs, limiting games to two locations, Toronto and Edmonton. By restricting travel, and centralizing games in Canada, who has had much better luck with COVID-19 than the USA, the league can keep the virus under wraps.

Hockey betting enthusiasts have a bevy of lines available to them, featuring several intriguing matchups in the first round of the Stanley Cup Playoffs that are currently underway.

The first such pairing features the Chicago Blackhawks against the Vegas Golden Knights. Vegas is favored to win the Western Conference and advance to the finals in the NHL betting odds.

The following NHL Playoff betting lines have been posted at BetOnline Sportsbook.

Although the fans of their beloved Blackhawks were eager for a game one victory to set the tone for a lengthy postseason run, Vegas stepped up and shut out Chicago with a convincing 4-1 win.

Game two is set for tomorrow night and Chicago is an underdog with moneyline odds of +180. That means that each $100 risked on the Blackhawks to win will earn $180 if they can top the Golden Nights.

Vegas is also the overall favorite in the Stanley Cup betting odds, with the Colorado Avalanche coming in just behind them in the list of potential title contenders.

Coming in fourth in the NHL championship odds are the Tampa Bay Lightning, who defeated the Columbus Blue Jackets 3-2 last night in a five-overtime defensive struggle that caused the postponement of the Carolina Hurricanes and Boston Bruins game to the following morning.

The game was the fourth-longest in the history of the NHL playoffs, with the goalkeeper for the Blue Jackets, Joonas Korpisalo, setting a postseason record for saves in a game with 85.

The Lightning are favored to win game two tomorrow in another contest that is predicted to finish with five total goals. A wager of $164 on Tampa is required to earn $100 if you think they are destined to roll on to a game two win.

The Blue Jackets are at the bottom of the list when it comes to Stanley Cup championship odds, but they put up a whale of a fight in game one. Is Columbus spent or are they just heating up? We’ll find out in game two.

Either way, the real winners are the sports bettors who have such a wide bevy of options to wager on for the professional hockey postseason. The NHL’s strategies are paying off so far, and they’ve got a lot of competition from other pro sports at the moment.

Major League Soccer (MLS), the NBA, and Major League Baseball are all currently in-play, so even though the NHL appears to be on the right track, they’ll have to carve out their own piece of the professional sports quarantine lockdown pie and work hard to maintain it.