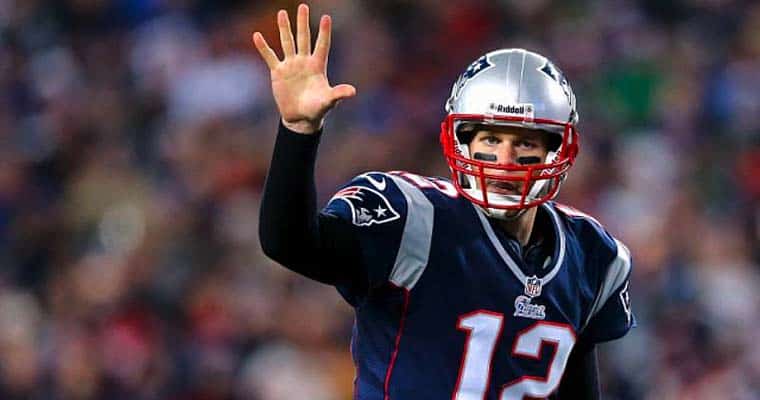 And just like that, Coronavirus coverage took a back seat while Tom Brady decided his football future.

During a 12-hour time period, Tom Brady shocked the football world and said goodbye to the New England Patriots and hello to the Tampa Bay Buccaneers. Oddsmakers spent the day trying to maintain up-to-date odds on which team Brady would end up signing with.

The announcement set off a frenzy of network coverage that offered a nice reprieve from depressing COVID-19 coverage. You could see it on the talking heads’ faces. They were ecstatic to have something new to cover. Thanks, Tom!

Betting on the NFL free agent signings is heating up now that Brady has signed with Tampa Bay, which leaves more questions for sportsbooks to consider. The first question is, who will be the next starting quarterback for the New England Patriots when the 2020 NFL season begins?

Next Starting Quarterback For Patriots

The first quarterback that stands out is Philip Rivers, and that is because he signed a one-year contract with the Indianapolis Colts last night, ending a 16-year run with the Los Angeles and San Diego Chargers. At first glance, it would seem to be a mistake, but MyBookie’s oddsmakers are sharp, and there is a reason that he remains within the realm of possibilities.

The 2020 season is months away, and there is plenty of time for trades to be arranged. Luckily for the Patriots, they have many excellent veteran quarterback options to select from. The current odds are good for Cincinnati Bengals quarterback Andy Dalton to become the next starter for the Patriots.

With the Bengals poised to select LSU quarterback Joe Burrows in the upcoming NFL Draft, Andy Dalton has become expendable in Cincinnati. It’s not very often that you find a quarterback with the experience that Dalton has on the open market, and he probably wouldn’t amount to much on many teams in the NFL, but under Bill Belichick’s tutelage, it could work.

Speaking of Belichick, he must be salivating at the quarterback options available to him. If he decides to pass on Dalton, he’s got the likes of Cam Newton, Jameis Winston, and Nick Foles available to him, with their respective teams looking to dump them at bargain rates. The combination of Belichick and Newton, Winston, or Foles should frighten anyone that is not a Patriots fan.

Can you imagine a pairing of Belichick and Nick Foles? Scary, isn’t it? He’s only 31 years old, and in today’s NFL, that means he’s got ten good years left in his playing career. NBC Sports is reporting that Chicago is interested in Foles, but they are also looking at Dalton. His current odds of becoming the next starter for the Patriots are +800, meaning a $100 wager can earn an $800 payout if it happens.

We’re also starting to see NFL prop bets popping up on who Cam Newton will end up signing with. Newton’s odds are pretty good to end up with the Patriots, but his odds are even better to join the Chicago Bears in 2020. Now that Teddy Bridgewater has signed with the Carolina Panthers, Newton will be available for another team to trade for.

It’s no secret that the Bears are unhappy with their quarterback play from Mitch Trubisky, so the Newton signing makes sense. The Bears’ offense doesn’t feature many weapons, but that suits Cam just fine. He prefers to make as many plays as possible, using his bulk and speed to keep opposing defenses honest and to provide him the cushion for an open throwing lane.

Still, we’ve yet to see Cam Newton perform following last season’s foot surgery. Whether or not he’s right physically will have everything to do with where he ends up signing, and what role he plays on that team. If his mobility has been affected by the injury, teams will likely not take a chance on Newton operating as a pure passer. Stay tuned to the latest in legal online betting to see where each free agent ends up.