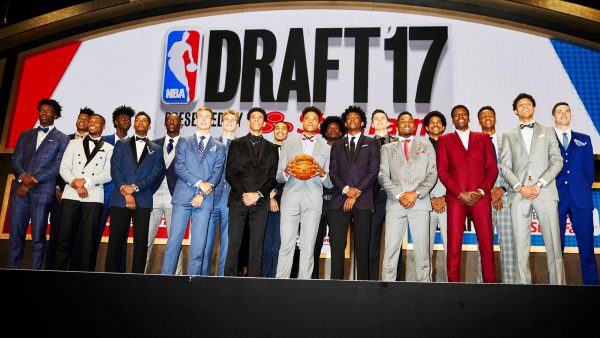 NBA fans finally got to see which offseason moves their teams would make regarding the up-and-coming talent entering the NBA. Not only were fans watching the draft results, they were able to bet on the outcomes, which has become a popular option for legally betting on NBA basketball following the playoffs. The 2017 NBA Draft was predictable in some ways thanks to continuous media coverage and teams designating the players they wanted, but there were still a few surprises. The first of which was a blockbuster trade between the Minnesota Timberwolves and the Chicago Bulls.

The Timberwolves gave up Zach LaVine, Kris Dunn and the No. 7 pick for All-Star Jimmy Butler and the No. 16 pick. While some are still contemplating why Chicago would give up their franchise player, the Timberwolves undeniably made out with the better deal and will push for their first Playoff berth since the 2003-2004 season. Butler was assumed to be on the trading block, but one expected Minnesota to be his destination.

The Philadelphia 76ers selected Markelle Fultz at No. 1 overall after acquiring the pick from the Boston Celtics. Fultz worked out with several teams and was a highly coveted target, but the 76ers traded up for the former Washington player and want him to be a part of their rebuilding process. The 76ers already have Ben Simmons and Joel Embiid and Fultz completes their young offensive core. Philly is expected to be a sleeper team in the East this year and could potentially pick up another star player via trade.

In arguably the most expected move of the Draft, the Los Angeles Lakers picked Lonzo Ball at No. 2 overall. The hometown kid played in UCLA and has been outspoken in his desire to play for the Laker. His father, former player Lavar Ball, generated a media firestorm with his outlandish personality and was even considered a downside to drafting Lonzo, however President Magic Johnson sees a little of himself in the rookie and believes Ball is the pivotal piece the franchise needs for its rebuilding. Lonzo has incredible playmaking ability and would have been a nice compliment to D’Angelo Russell, though the Lakers ended up trading Russell to the Nets, essentially putting all their eggs into Lonzo’s basket.

The Boston Celtics moved down to the No. 3 pick as a result of the 76ers trade and selected Jayson Tatum. Tatum played in the tough ACC with Duke and has displayed some potential, but is a little rough around the edges. Tatum will likely spend some time on the bench during the next season as he develops with the team’s coaching staff and veteran players. At 6’8” and 204 lbs., Tatum’s frame coupled with his natural ability will make him a strong player in due time.

Josh Jackson was selected No. 4 overall by the Phoenix Suns. The Kansas star is renowned for his abilities on both sides of the floor. Jackson picked up notoriety in the closing months of the season when his shooting percentages increased by a significant margin. If the Suns can help Jackson continue to work on his shooting, the young player will undoubtedly make an impact on a team that is in serious need of some offensive spark.

The top 10 picks of the Draft are as follows: Markelle Fultz (76ers), Lonzo Ball (Lakers), Jayson Tatum (Celtics), Josh Jackson (Suns), De’Aaron Fox (Kings), Jonathan Isaac (Magic), Lauri Markannen (Bulls), Frank Ntilikina (Knicks), Dennis Smith (Mavericks) and Zach Collins (Trail Blazers). With the Cleveland Cavaliers and Golden State Warriors dominating the league, this seems to be the era of rebuilding. These newly drafted players have a lot of expectations attached to them, but only time will tell if they can deliver.