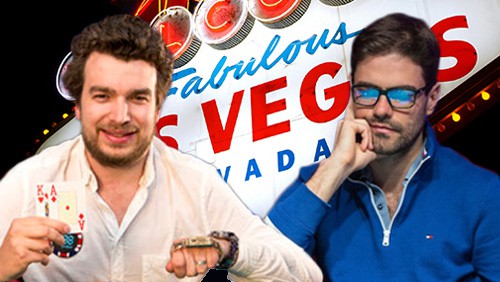 Chris Moorman and James Obst, two of the biggest poker tournament players in the worldwide circuit, just won their first World Series of Poker bracelets after winning two separate events. Moorman won a $3,000 No-Limit Hold’em event and Obst was victorious in a $10,000 Razz Championship. WSOP bracelets are considered prestigious marks of a player’s quality, so Moorman and Obst have officially established their fame in the WSOP.

Moorman has a strong background in No-Limit Hold’em games. He plays in both live and online games and has made a name for himself over the years. Online poker qualifiers have contributed to the WSOP circuit in powerful ways, with Chris Moneymaker being of the first winners who gained entrance by winning his seat through online poker games that allowed US players.  His status as a legitimate poker has been made official with his first bracelet in Event #27, the $3,000 No-Limit Hold’em 6-Handed game. A PokerStars Championship would complete the Triple Crown victory—one of the most coveted accomplishments in the poker world. The Poker Triple Crown consists of winning poker titles in the World Series of Poker, World Poker Tour and PokerStars tournaments (was formally the European Poker Tour).

This particular bracelet was the first British bracelet given in the series and came after 20 WSOP cashes, 4 final tables and 2 runner-up finishes. On the final day of the tournament, Moorman started fourth in chips. Max Silver, another British player, was leading the pack but was eventually overtaken by Moorman. These two played against each other in another WSOP Final Table back in 2011, though both ended up losing. In this tournament, Moorman was able to beat out Silver and then had a 3-hour face-off with Brazilian Bernando Dias.

Before this victory, Moorman was highly regarded in the online circuit. He is an Ambassador for 888Poker and has garnered $14 million in payouts. He also won $5.1 million when he clinched a World Poker Tour title. The accomplished player has put his strategies to paper in a book and has his second slated for a July release.

Obst’s route to his bracelet was a little different. Obst claimed victory in WSOP’s Event #26, the $10,000 Razz Championship. The Australian player has also made a name for himself over the years, even more so than the English Moorman. Obst has featured in the final 2 tables of 11 separate events (advancing to the final table in 6 of those events). He has demonstrated an ability to compete at the highest levels of the game, something that will likely carry him to even more success.

In a sea of talented poker players, Moorman and Obst have set themselves on the path to achieving both great fame and fortune. They will certainly be players to watch in future tournaments. As WSOP bracelet holders, the duo are strong opponents in any table.