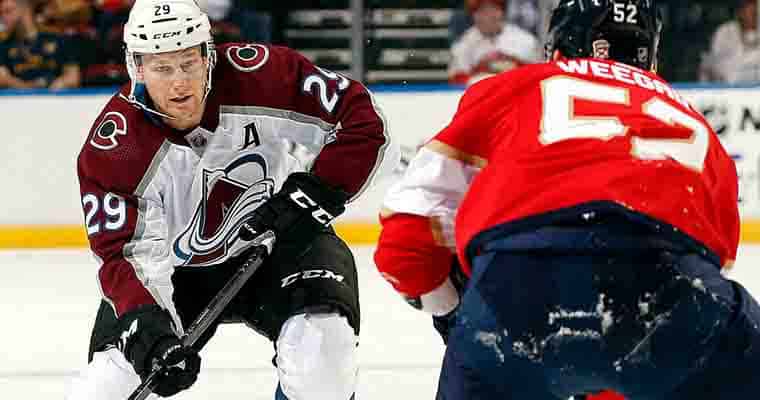 The first round of the 2022 NHL Playoffs began on Monday and already the defending champion Tampa Bay Lightning find themselves in a 0-1 hole against the Toronto Maple Leafs.

Game lines at NHL betting sites are favoring the Leafs by 1.5 goals for their Game 2 matchup against Tampa Bay, suggesting that tonight could be a do-or-die contest in the Eastern Conference bracket.

The NHL teams involved in Tampa Bay’s bracket also include the Florida Panthers who were expected to coast beyond the Washington Capitals and compete for the 2022 Eastern Conference Championship.

Three of the top Stanley Cup hopefuls in the east are bunched together in the same four-team quarter bracket which does not offer much hope for the Lightning’s chance at winning their third championship in a row.

From the Eastern Conference, the Florida Panthers are the most likely team to advance to the 2022 Stanley Cup Finals.

Online Stanley Cup betting sites are predicting that the Colorado Avalanche will be the team from the Western Conference that will face the Panthers when both halves of the playoff brackets are settled.

The Washington Capitals have brought their A-game as they have already established a 1-game lead on the Panthers in their first-round NHL Playoff series, however, Florida is projected to pull even in Game 2.

For those that are not drawn to the NHL Playoff game lines at online hockey betting sites, perhaps some proposition wagers could prove attractive.

A major incentive of opting for NHL prop bets is that they take action until an outcome is reached, and can be considered live hockey betting odds.

While live NHL odds usually entail wagering on the puck spread, moneyline odds, or the over/under while games are in-play, props will remain active throughout the entire game as long as bookmakers leave them on the boards or until they expire, whichever comes first.

When accessing the NHL prop builder app at Bovada Sportsbook, the following shots on goal wagers can be placed for Game 2 of the Boston Bruins vs. the Carolina Hurricanes.

There are similar NHL Playoff prop bets for all series involved, and when using the prop builder app, parlays can be created easily that increase the odds and payouts significantly.

NHL betting odds like the above will be available online for the duration of the playoffs, so even if readers don’t invest today, keep close tabs on the action over the next few weeks and lay some action at the time of your choosing.