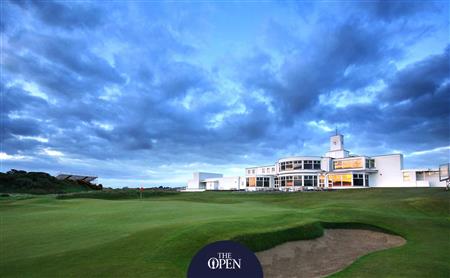 The British Open, otherwise known as the Open Championship, is the oldest of the 4 major championships in golf. The 146th Open is set to tee off on July 16 at the famous Royal Birkdale course in the United Kingdom. Out of the 150+ players in the field, several favorites have emerged and are expected to make a significant impact on this year’s tournament. The Royal Birkdale’s course par is 70 and totals over 7,000 yards, giving ample space and time for players to make a move. This will be the tenth time the tournament has been hosted at the prestigious golf club and the first time since 2008.

As of now, the current favorite to win the tournament is Dustin Johnson, who is looking at 8-1 odds. He is followed by the up-and-coming Jordan Spieth at 10-1. Spieth is a remarkable young talent and is expected to win multiple Opens over the course of his career. Some oddsmakers believe this will be one of them. The third favorite is Jon Rahm at 12-1 odds. Rahm was not considered a serious contender until he won at the recent Irish Open, thus improving his chances to win in the UK. Other tournament favorites include Rory Mcllroy, Sergio Garcia, Rickie Fowler and Justin Rose, all at 15-1 odds. Fowler has a history of performing well in Opens, making him a solid bet for any major tournament. Rose performed well at the recent Irish Open, but doesn’t have much Open success to fall back on. Henrik Stenson won the tournament last year and will look to defend his title, but oddsmakers aren’t including him in their consideration. Current odds on golf listed through legally sanctioned online sportsbooks reflect Johnson and Mcllroy tied as the possible victor of the Open.

There are a few fringe favorites to consider as well. These outside players include Jason Day, Hideki Matsuyama and Tommy Fleetwood and are currently sitting at 20-1 odds. Fleetwood and Matsuyama have better track records overall, but these 3 players have had enough success to warrant their inclusion in the list of tournament favorites.

Dustin Johnson has enjoyed success at the Open before, finishing in the top 15 in five of his last seven tournament outings. He has dipped in form after suffering a back injury that caused him to miss out on the Masters. He also failed to qualify for the US Open, despite being the favorite to win, a factor that could play into how many people wager on him going into the British Open.

Jordan Spieth is currently ranked No. 3 in the world. At just 23 years old, Spieth has already made quite a name for himself. He recently won in the Travelers Championship and has already won the Masters and US Open. He has never gotten past fourth place at the British Open. This will also be his first time playing at the Royal Birkdale, so he will have to take some time to familiarize himself with the course before teeing off.

As previously mentioned, Jon Rahm was not considered a favorite until his recent victory. In fact, Rahm was slated at 25-1 to win the Open at the beginning of the month. His win at the Irish Open was a blowout and showcased his adaptability at playing different types of courses. He is hoping to carry his momentum into the British Open and continue his winning streak.

Course conditions will be a heavy factor in this tournament, especially the wind. As of now, the conditions are expected to be favorable, but that could always change. The tournament looks poised to be a display of some world class golfing.