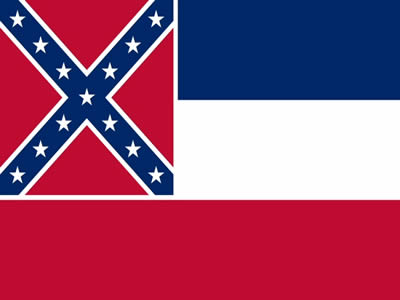 In late January of 2013, Mississippi State Representative Bobby Moak put forth a piece of legislation which would have legalized Internet gambling had it passed. State House Bill number 254 bore the very descriptive title of the Mississippi Lawful Internet Gaming Act of 2013. Legislation unsuccessfully the previous year sought to legalize and regulate several forms of online gambling in Mississippi. Fast forward over a year later, and state-sponsored Internet gambling in the Magnolia State is still not legally supported. However, that could change quickly if the investigative and unbiased report commissioned by a diverse group of lawmakers proves favorable to a pro-gambling stance in that state.

Deciding to study the possibility of legalized online gambling as well as sports betting in Mississippi is a big step. Currently, sports betting online is viewed as an illegal activity by the United States Department of Justice. The 2011 December reversal regarding wagering over the Internet was favorable to activities like poker, bingo and casino table games played for real money in a cyber environment. However, the DOJ specifically mentioned that Internet sports gambling would still be considered an illegal action if delivered by online companies located in the United States. This also includes processing deposits and withdrawals from an Internet sports gambling website, if the financial institution is also located in the US. Fortunately, a few legitimate and legally licensed offshore sportsbooks, as well as casinos and poker rooms, still deliver reliable access for all American citizens.

So as far as the sports wagering aspect of this Internet gambling effort by Mississippi is concerned, passage is unlikely. But at this stage, for so many bipartisan players and Mississippi gaming officials to agree on a fact-finding effort regarding all aspects of online gambling, the state’s poker, casino and bingo players have to be excited. An eight-member task force has been appointed to see if the usually socially conservative state of Mississippi is right for Internet gambling. Long seen as a long shot to develop any type of online gambling presence due to its political and socioeconomic profile, the state’s current financial picture may make an expansion of it’s strong brick-and-mortar casino industry to the virtual world a very real possibility.

The “real world” gambling industry in Mississippi pulled in over $263 million in tax revenue last year. And 23,000 people are employed at the physical casinos and poker rooms operated there. But just how important is the Mississippi casino industry to that state’s finances? The industry accounted for a full 5% of the state budget last year. However, looking on the negative side, total revenue did drop by nearly 6% in 2013. State legislators and pro-gambling constituents point out that the small drop could easily be recovered by online gambling expansion. The Chairman of the House Gaming Committee, State Representative Richard Bennett, commissioned the sports gambling and online casino gambling report. Most of the focus will be centered upon the three current US states which already offer online gambling, Nevada, Delaware, and New Jersey. Chairman of the Mississippi Gaming Commission Allen Godfrey is scheduled to lead the task force which will use the upcoming Southern Gaming Conference in Biloxi this May as its initial meeting.