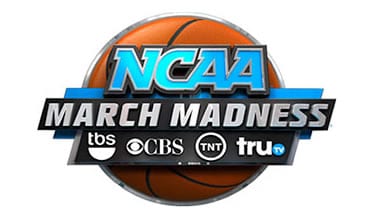 The March Madness tournament is getting closer to the end, as the Sweet 16 round is set to wrap up. The remaining teams will face off in the Elite 8 round. This year’s tournament has already had its share of upsets, surprises and ruined brackets, leaving the betting lines completely open to interpretation. Betting on March Madness is always unpredictable, and these remaining teams will surely give bettors a lot to think about.

Gonzaga, Xavier, Kansas and Oregon have already advanced to the next round. North Carolina and Butler are set to face off, with UNC the favored team at -7 odds. Baylor and South Carolina are also fighting for an Elite 8 spot and Baylor is the predicted victor at -3.5 odds. Kentucky and UCLA (arguably the most exciting matchup of the Sweet 16 round) will battle it out. Oddsmakers have this game as coming down to the wire, though ultimately UCLA is expected to win at -1.5 odds. The last remaining matchup is Florida against Wisconsin. Florida is expected to win that game at -2 odds.

If there is any sort of trend to pick up on regarding the remaining Sweet 16 betting lines, it’s that they’re very close point spreads. Even the UNC/Butler game is close, albeit the largest point differential of all the games, but still close enough to give bettors a moment of hesitation. A lot of people’s brackets had Duke going all the way, Louisville advancing to the Final Four or even the reigning champions Villanova, however all three schools have been knocked out. When something like that happens—as it does every single year—the tournament gets a lot more interesting. So far, this year’s Elite 8 is shaping up to be drastically different than what most analysts had it as. For example, Villanova and Duke were expected to be against each other in the Elite 8, but with both teams eliminated, there is room for some underdog teams to play out their fairytale ending.

While some teams have had an easier go of it than others in advancing, or at least have been playing more dominantly, some teams have scraped by in classic March Madness tournament fashion. The Gonzaga and West Virginia game is an example of this, as Gonzaga escaped with a 3-point lead at 61-58. Gonzaga made a clutch three to seal the lead and then a botched West Virginia possession (give credit to Gonzaga’s defense) finished the series. Xavier and Arizona was also an exciting matchup, with both teams exchanging leads throughout the game. The game down to the wire as Xavier scored a layup with :44 seconds to go. Arizona failed to capitalize on their last possession and lost out. Kansas routed Purdue 98-66 and will look to carry that dominance into the next round.

The last remaining games are set to play out Friday evening, so  betting lines are still open. You’ll find options for the Elite Eight as well as lines for betting on the Final Four and overall winner.  The point spreads are close, a testament to the tournament’s unpredictability and the theme of underdogs advancing into the later stages of the tournament. A lot of these games are coming down to the final possessions, so it can be difficult to measure a bet when passion plays so much into it, but that’s all part of the exciting nature of sports betting and March Madness.