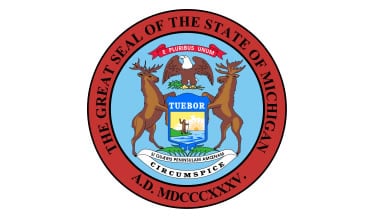 Michigan is trying to become the fourth state in the nation to legalize online gambling. The legislators in support of the effort hope that the industry will revitalize the state economy through taxes and regulation. The bill would allow licensed casinos in the state to launch Internet gambling sites for Michigan residents to use.  This would add state based options to the existing range of opportunities now available for Michigan online gambling.

Senator Mile Kowall has been working on this bill for over two years and is the driving force behind it. The Michigan Senate Committee on Regulatory Reform recently moved the legislation forward with a majority vote, despite the bill’s opposition from several parties. One of the disenfranchised parties are the Native American tribes in the region, as they believe this will encroach on their stake in the local casino market. Under this law, should it pass, Michigan tribes would have the right to run their own Internet-based gambling site. Part of their disdain with the proposed law is that they believe they already have the right to host Internet gambling on reservation. The tribes feel that this law would open the market and give precedence to the casinos in Detroit. There are currently six out of twelve tribes that offer some sort of regional gambling. These tribes have exclusive rights to host gambling, so long as they pay back the state from some of their revenue. Sen. Kowall has expressed interest in meeting with each of the tribes to hear and address their concerns so they can find some common ground.

As of now, the state has three licensed casinos in Detroit and a portion of each casino’s revenue goes back to the state. Part of the Michigan state Lottery’s revenue is donated to local schools. The Lottery has some online games, and those against this new bill argue that new online gambling services could take away from the revenue allotted for schools. Others, like Bill Jackson of the Coalition to Stop Internet Gambling, believe the Internet creates an unrestricted gambling landscape that is difficult to enforce. Jackson claims that no state that has legalized online gambling has seen any sort of tax revenue influx and that these sites don’t have a definitive way of enforcing age verification in compliance with state law. The same argument could be made for any age-sensitive material on the Internet, though as for Jackson’s first point, the New Jersey online gambling industry has seen some revenue, just not what it originally predicted.

Industry experts, like Nick Menas of Amaya (an online gambling company), blame this on the learning curve associated with online gambling. Amaya is looking to partner up with Detroit casinos in their online endeavors. Much of the industry has taken place through illegal sites and services, leaving consumers misguided on how online gambling works in relation to their state laws. Making the sudden shift from an illegal, unregulated market to a legal, regulated one takes time, and as the industry develops and consumers become more educated on the subject, revenue will likely increase.

Menas and Sen. Kowall both see this as a positive move in an industry that is predominately unregulated. “The potential for jobs and economic development right here in Michigan is being lost. This legislation gives Michigan an opportunity to stop this illegal activity and to generate new revenue that could help fund infrastructure improvements, health care, education, public safety and other worthwhile programs,” said Sen. Kowall. By bringing online gambling to the forefront, Sen. Kowall believes the state can capitalize on an untapped market.

Sen. Kowall seems confident that this bill will make it through, cementing Michigan’s legacy as one of the first states to usher in legalized online gambling. It will likely be slow to get going, but if the bill does pass, it will be significant in that it reflects the positive momentum the online gambling industry is building.